Drawing on indigenous Incan ingredients and those that were brought following the 16th-century Spanish conquest, Peruvian cuisine strongly reflects its multicultural past. Migrants from Europe, Asia and West Africa have all left their mark, with Peru hailed as having one of the world’s most outstanding examples of “fusion” cuisine.

Indigenous foods were largely rejected right up until World War II but there has been a resurgence of interest in foods such as quinoa and kiwicha as their health benefits have been discovered by the outside world (and even used to feed NASA astronauts). Aji peppers have long been used to add spice to many dishes, with rice and potatoes serving as staple carbohydrates, while there are a few distinct delicacies that set Peruvian cuisine apart.

The country’s diverse geography strongly influences the dishes you’ll find, with seafood prominent along the extensive Pacific coastline and traditional ingredients like corn, potatoes and alpaca common in the Andean Highlands. The capital Lima offers a more international flavor, including a Chinese-Peruvian fusion cuisine that’s known as chifa, while Peru’s Amazonian people draw on unique tropical fruits and jungle mammals like agouti, paca and peccary for sustenance.

Peru really is a foodie’s heaven, so if you’re planning a trip to this South American destination, here are 11 dishes (and drinks) not to miss! If you want a little help planning the perfect culinary trip to Peru, check out our very own Peruvian Culinary Adventure!

Causa
Originating as a Quechuan dish, causa is a layered potato casserole that is normally served chilled as a salad or a side. This colorful dish features mashed yellow potatoes with layers of avocado, hard-boiled eggs and often tuna or chicken, together with a delicious lime and yellow chili sauce. 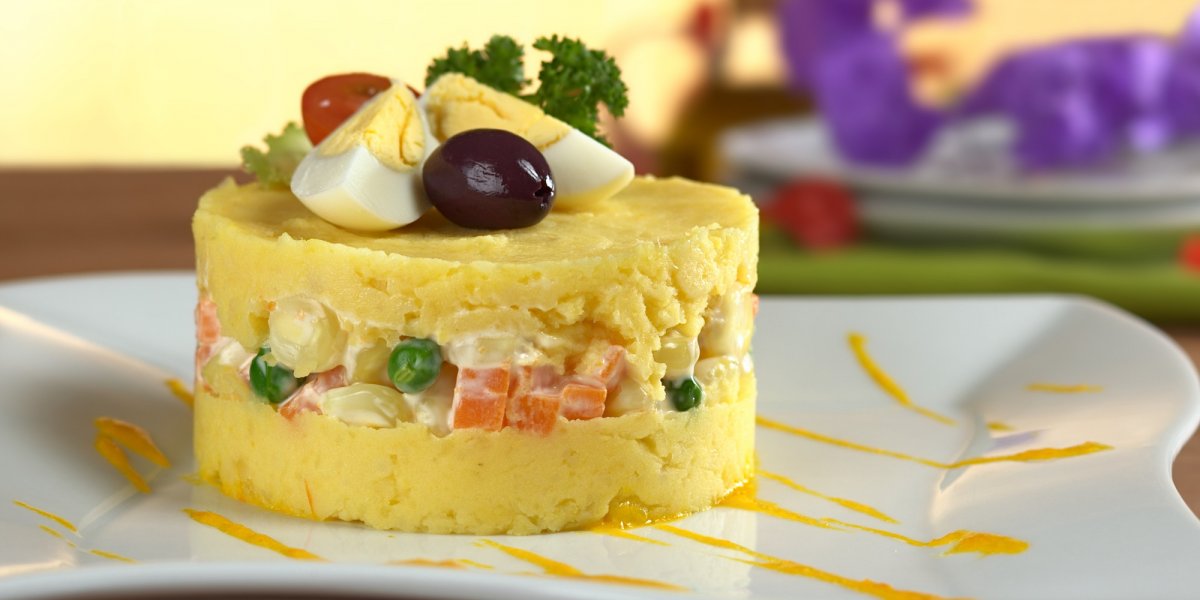 Cuy
One of the most confronting (and intriguing) dishes for visitors to Peru is cuy or guinea pig. This local delicacy serves as one of the most important sources of protein in the Andean region and can be compared to rabbit in taste. It is usually stuffed with herbs and then roasted whole over an open wood fire or baked before being served with a chili-based sauce. 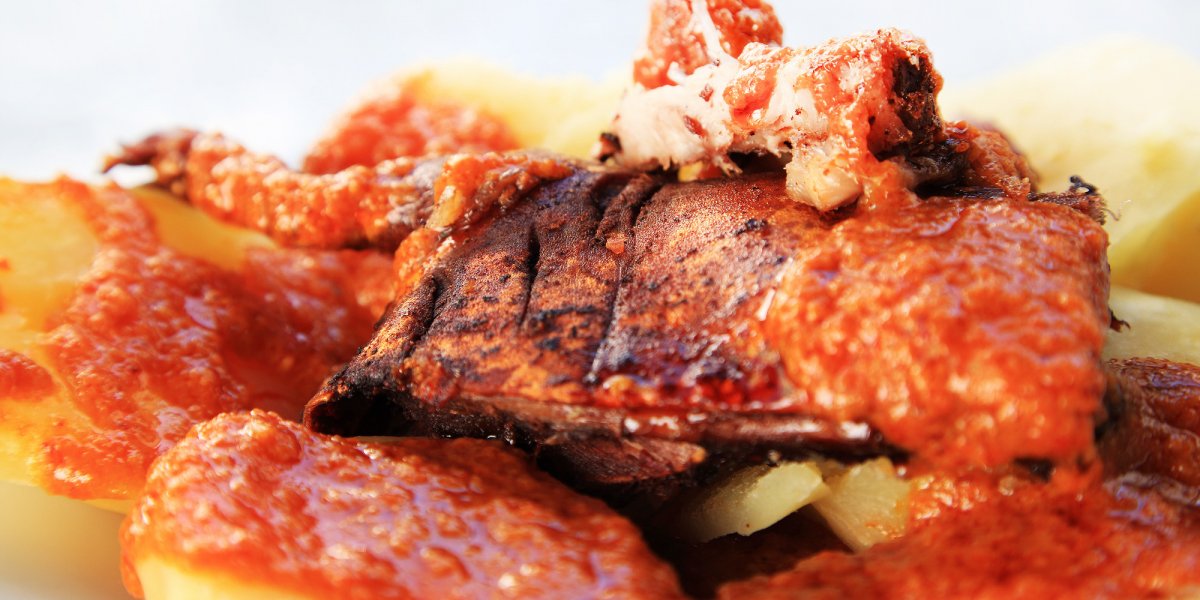 Ceviche
Considered by many to be Peru’s national dish, ceviche draws on the bounty of seafood that is offered up along the country’s Pacific coastline and makes for the perfect beach-side lunch. Ceviche is a favorite throughout Latin America, with raw fish being marinated in citrus juice to effectively “cook” it, together with red onion and aji pepper. The juice that remains is known as leche de tigre (“tiger’s milk”) and is often spiked with a shot of pisco liquor and downed! 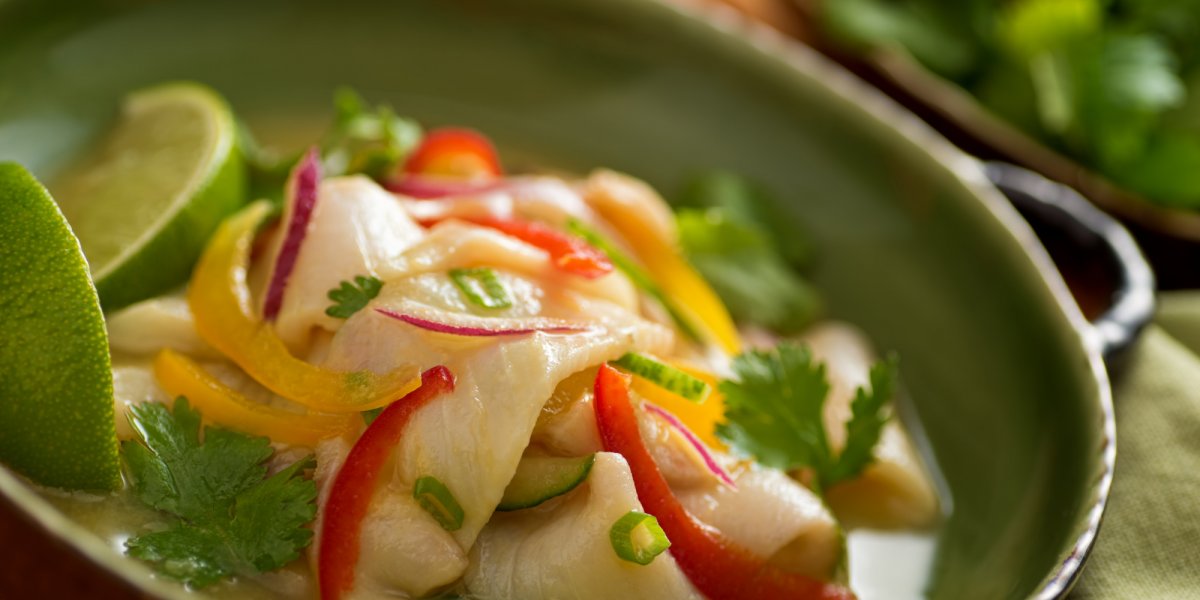 Aji de Gallina
One of the most popular chicken dishes in Peru is aji de gallina which features a thick sauce made from an irresistible combination of ground walnuts, cheese, evaporated milk and yellow chilies. It is usually served with white rice, boiled potatoes and a garnish of black olives to create a rich and hearty meal. 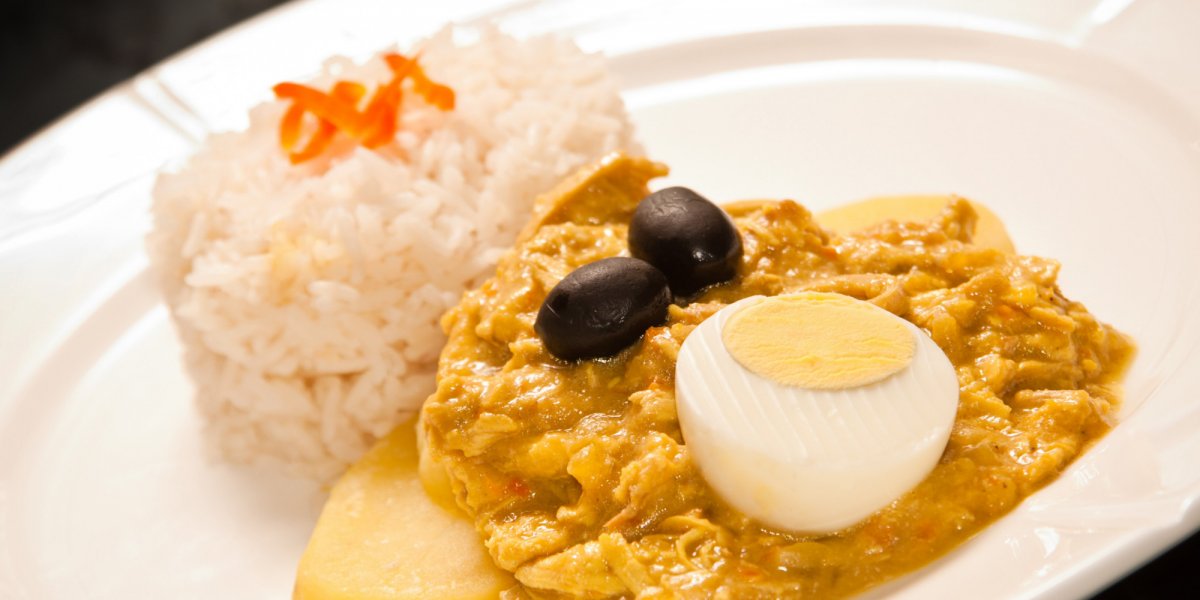 Lucuma
Mango lovers shouldn’t miss the opportunity to try lucuma, a native Andean fruit that has a sweet, maple syrup-like flavor. It has been eaten by Peruvians for centuries (with artwork of the pre-Columbian Moche civilization depicting the fruit) and today is often used to make juices, milkshakes and even ice creams. If you’re heading to the Amazon, also keep an eye out for camu camu, mammee apple and guanabana custard apples.

Pollo a la Brasa
Another prominent Peruvian poultry dish is roasted chicken, or pollo a la brasa, that sees a whole bird marinated in soy sauce, garlic, cumin and red peppers before being slow-roasted on a spit. It’s often served with a green huacatay (black mint) sauce and fried yucca - the Peruvian answer to French fries. 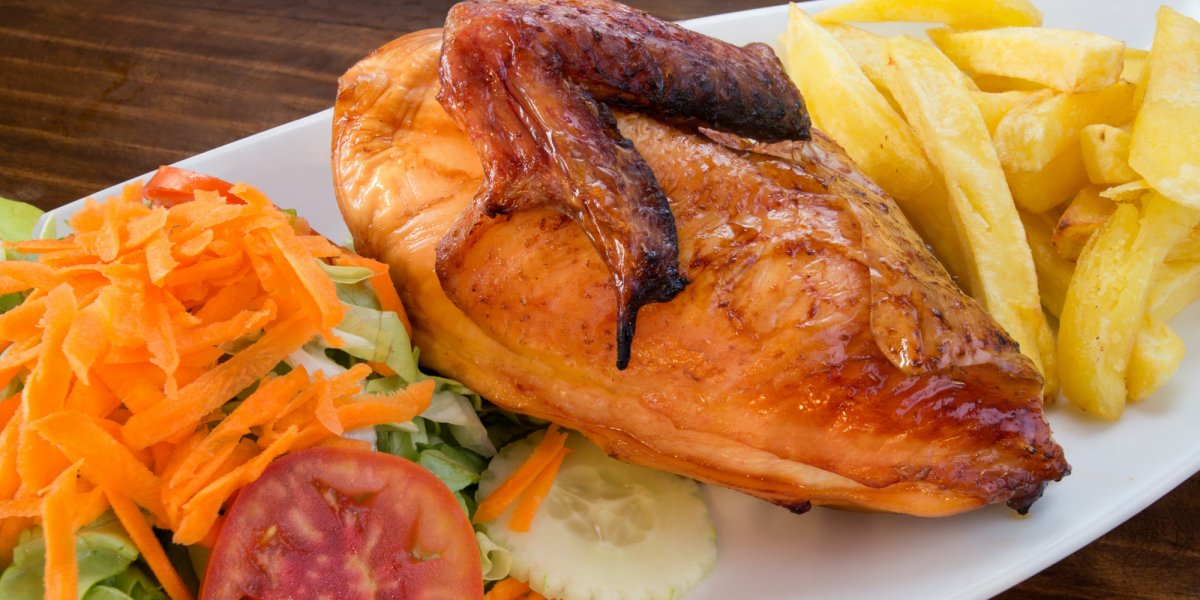 Lomo Saltado
The most prominent Chinese influence in Peruvian cuisine is seen in the beef dish of lomo saltado. Strips of soy-marinated sirloin beef are stir-fried with onions, tomatoes and chilies before french fries are added to the mix and the dish is served over white rice. It originated as part of the chifa tradition (the Chinese cuisine of Peru) but has become a popular mainstream dish across the country. 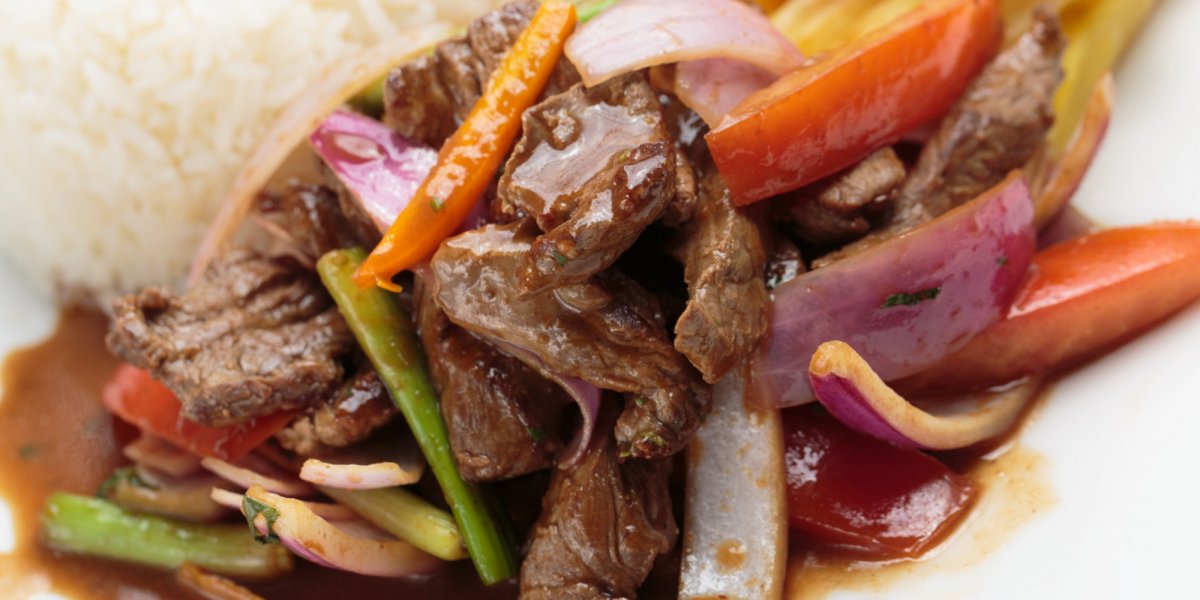 Alpaca
Alpaca has served as a vital source of protein in the Andean highlands for centuries and while you’ll probably see these camelids and their woolen garments during your travels, you might not consider trying their meat. It is lean, healthy and has a game-like taste, often replacing beef in lomo saltado. The lack of greasiness in alpaca meat also makes it ideal for making jerky, which actually originated in Peru and took its name from the Quechuan word charqui (“to burn”). 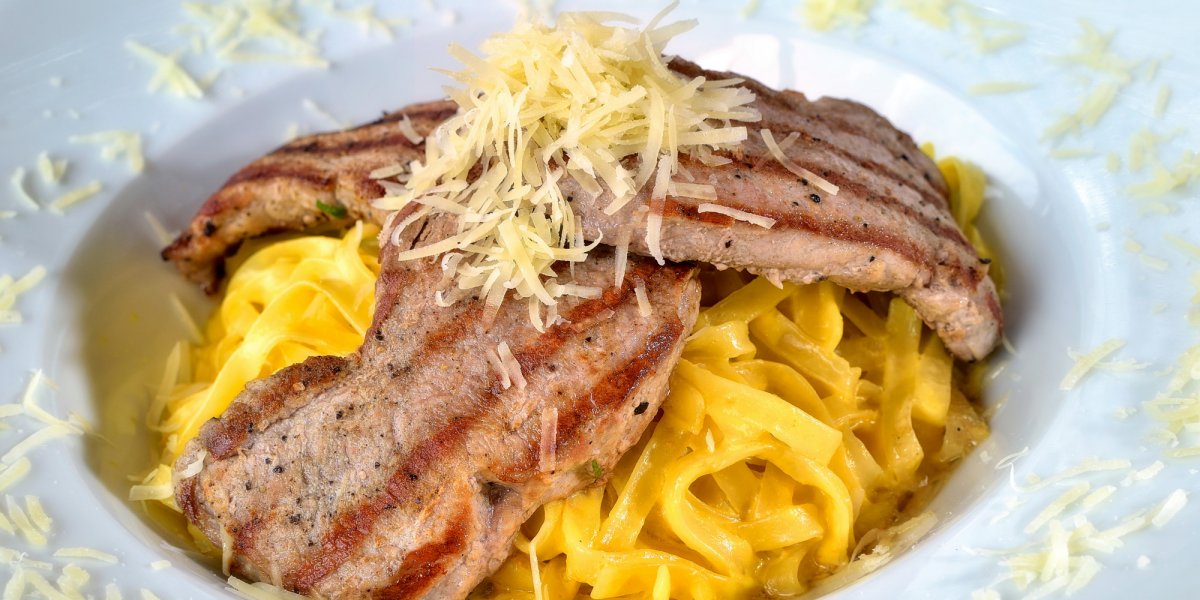 Chupe de Camarones
If you love shrimp, then keep an eye out for chupe de camarones along the Peruvian coast. This hearty chowder draws on thick shrimps that are cooked with potatoes, vegetables, cream and chilies to create a meal in itself. A stock made from the shells and head of the shrimp gives it extra flavor! 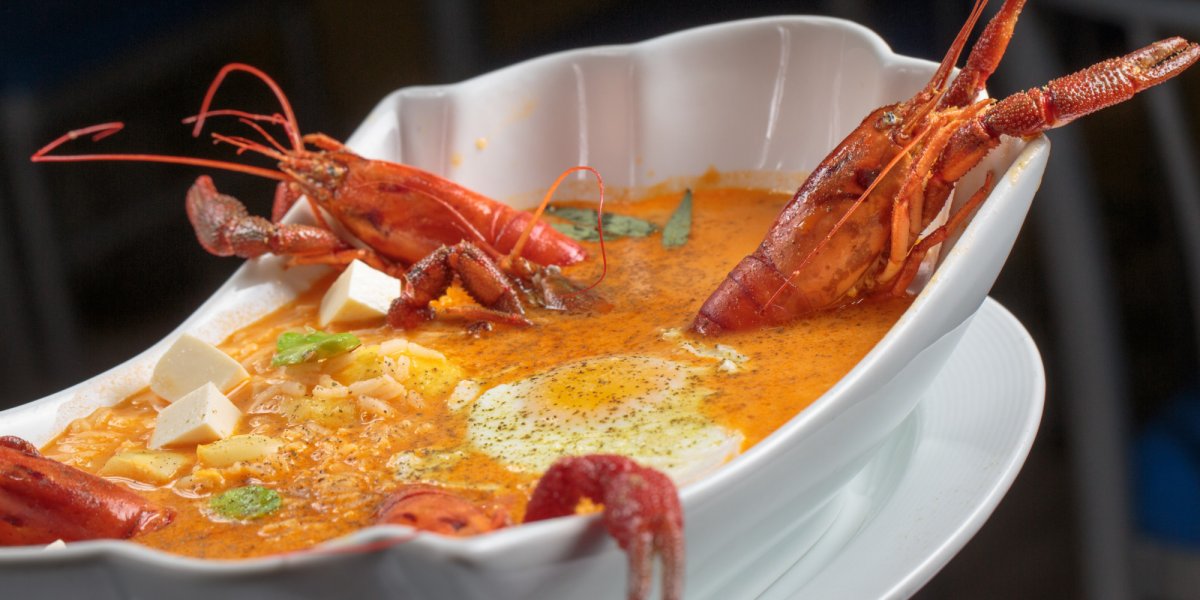 Inca Kola
When in Rome…! Forget about Coca-Cola when you’re in Peru and ask for a bottle of Inca Kola instead. This Peruvian cultural icon is the only beverage in the world to beat Coca-Cola sales within a single country, although it doesn’t look or taste like its counterpart. It was first created in 1935 by British immigrant Joseph Robinson Lindley and features lemon verbena that gives it a creaming soda-like flavor. 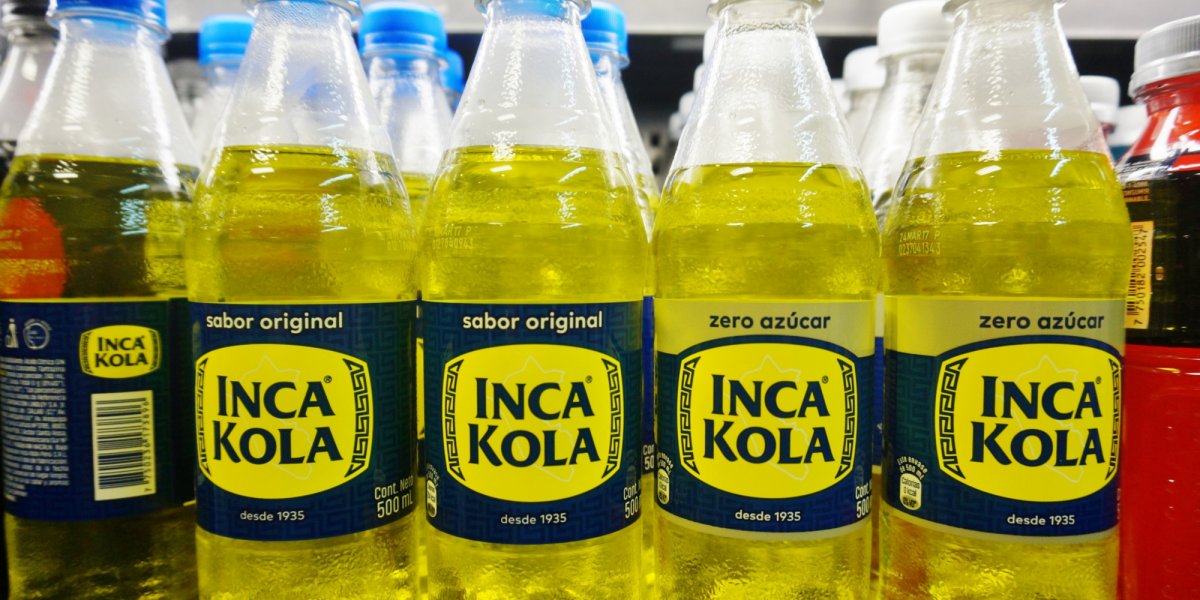 Pisco Sour
Attributed to an American bartender in 1920s Lima, pisco sour is today renowned as Peru’s national drink. It features pisco liquor as the base, together with freshly squeezed lime juice, egg white, syrup and Angostura bitters. This irresistible cocktail can be found in bars and restaurants across the country, with local variations including the addition of maracuya, mangoes and spicy green chilies. 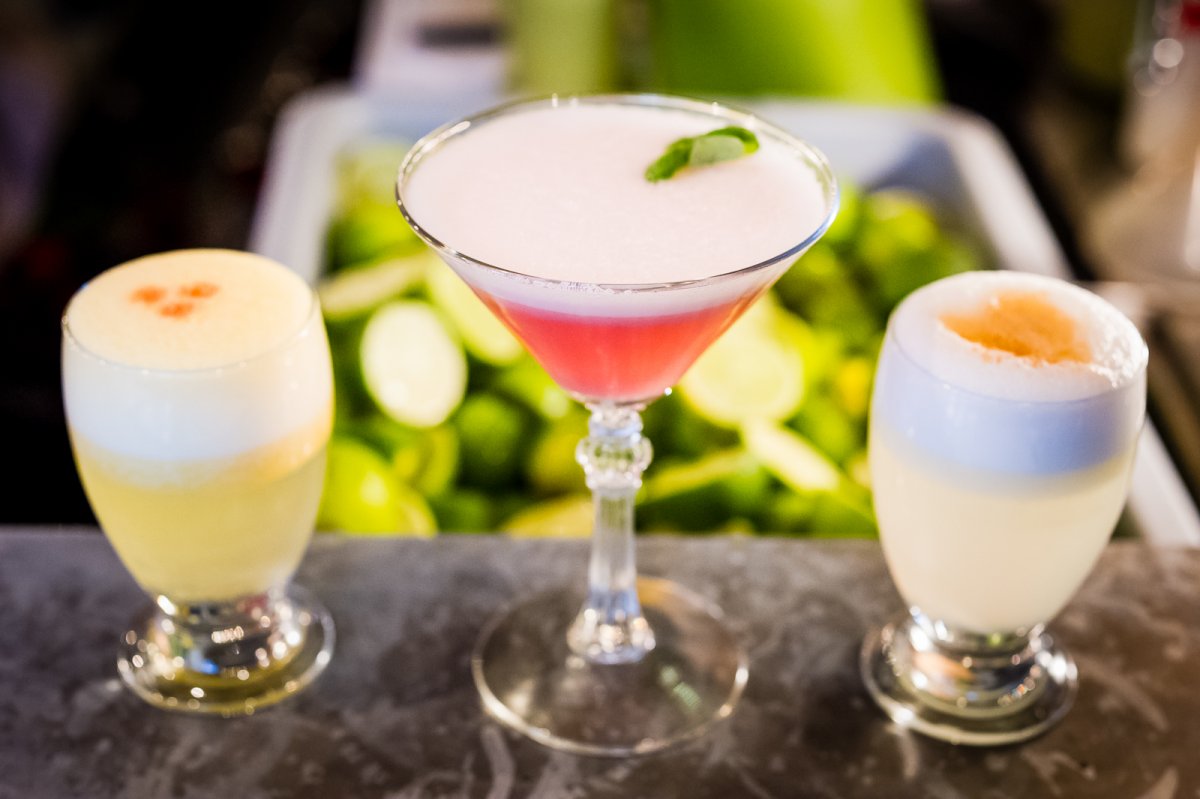