Backed by the rugged mountains of the Sierra de la Giganta, Loreto is a historically-rich town on Mexico’s beautiful Baja California Peninsula. It is believed by anthropologists to have been the first area that was settled by humans on the peninsula and was home to its first Spanish colonial settlement of the Viceroyalty of New Spain.

It’s a destination where pre-historic cave art meets charismatic mission architecture and the azure blue waters of the Sea of Cortez. Discover its natural beauty while kayaking between uninhabited islands and pristine beaches, then come face-to-face with its marine wonders while diving, snorkeling and whale watching.

Loreto was founded at the site of a freshwater spring in 1697 by Jesuit missionaries as the Misión Nuestra Señora de Loreto. But they were expelled in 1767 and control was transferred to the Franciscans, who in turn were ordered to transfer control of the Baja California missions to the Dominican order. The Franciscans were to accompany Gaspar de Portolà’s expedition to establish new missions in what would become Alta California (today the U.S. state of California), with the mission departing from Loreto on March 24, 1769.
Loreto served as the capital of Las Californias until it was split into Alta California and Baja California in 1768 and the capital was moved to Monterey. Initially, the two provinces were governed as one but later Loreto became the headquarters for the Lieutenant Governor of California Viejo (today’s Baja California). 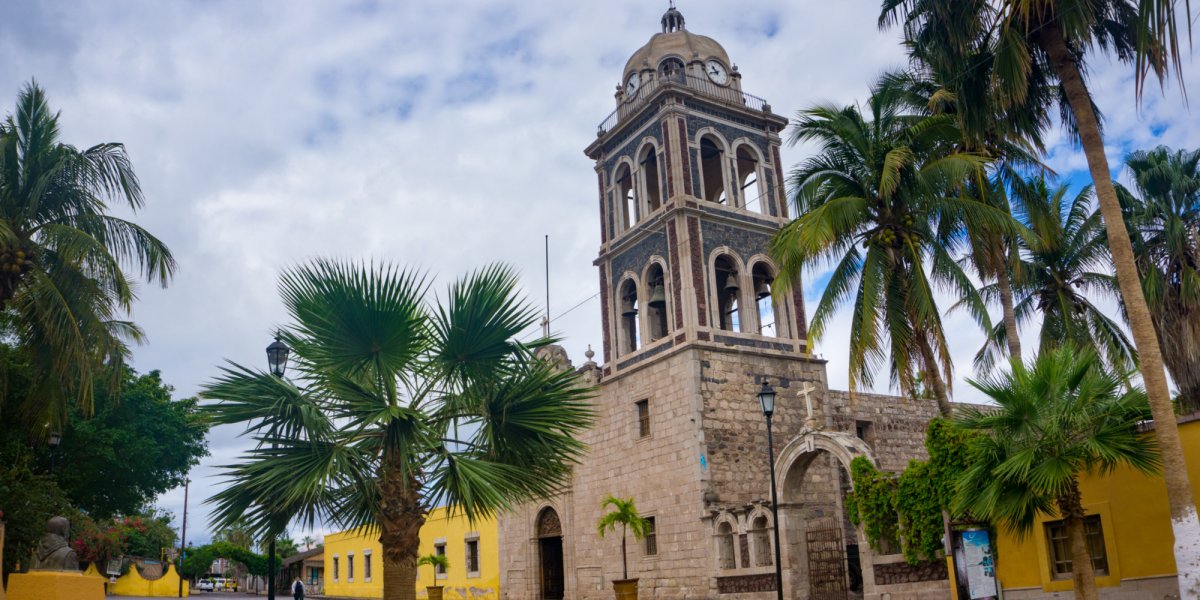 What To Do In Loreto

Explore the Mission
At the heart of Loreto lies the Misión de Nuestra Señora de Loreto. This 17th-century church was founded by the Jesuit missionary Juan María de Salvatierra at the Monqui Native American settlement of Conchó. It was considered the “mother” of Baja California’s missions and from where the Jesuits set out to evangelize the surrounding territory. Today its stone-built Baroque facade dominates Loreto’s main square and provides a backdrop for vendors selling local souvenirs, with the neighboring Museo de las Misiones showcasing Loreto’s fascinating history.
Visit the Loreto Farmer’s Market
Every Sunday morning, locals from Loreto and beyond gather to sell their fresh fruits, vegetables, seafood, meat and household goods at the Farmer’s Market. It’s a fantastic opportunity to mingle with the locals while sampling freshly made tamales and other ready-to-eat treats and soak up the colorful sights, sounds and smells.
Admire the pre-historic cave paintings
The canyons and cliffs of the Sierra de la Giganta are littered with cave paintings dating back 1,500 years, many which can be accessed along short walking trails. Human-like figures are depicted interacting with animals and although not as well known as the ancient cave paintings of Europe, they are no less impressive in their size and scale.
Kayak around Parque Nacional Bahía de Loreto
Parque Nacional Bahía de Loreto protects more than 2,000 square kilometers of pristine marine ecosystems along the Sea of Cortez coast. It encompasses dramatic sea cliffs, submarine canyons and sandy beaches, as well as the uninhabited islands that scatter Loreto Bay. It forms part of the Gulf of California’s UNESCO listing, as well as being recognized by Ramsar as a Wetland of International Importance, and is ideally explored on multi-day kayaking trips from Loreto.
Snorkel or dive at Islas Coronados
Forming part of Parque Nacional Bahía de Loreto are the Islas Coronados, an archipelago of four islands that are renowned for their marine life. The convergence of tropical influences and temperate conditions results in an abundance of species and magnificent coral walls that provide outstanding snorkel and dive experiences. California sea lions and seals can often be seen basking on the rock shores, together with cormorants, storm petrels and brown boobies, and the islands are home to the largest colony of the rare Scripp’s murrelet.
Go fishing
Loreto is renowned as a sports fishing destination, with yellowtail, sailfish, marlin, wahoo and dorado all abundant in the Sea of Cortez. While snapper and seabass are found throughout the year, the winter months are an ideal time to fish for yellowtail around the rocky shores while dorado and marlin species are abundant during the summer season.
Spot migrating whales
The waters surrounding Loreto are renowned for their whale sightings, with humpbacks, orcas, fin, Bryde’s and sperm whales all spotted here, together with gigantic blue whales. The whales normally start arriving in January on their annual winter migration and stay for a few months before returning north to feed in the summer months. Join us on a blue whale tour for a chance to see these incredible giants! 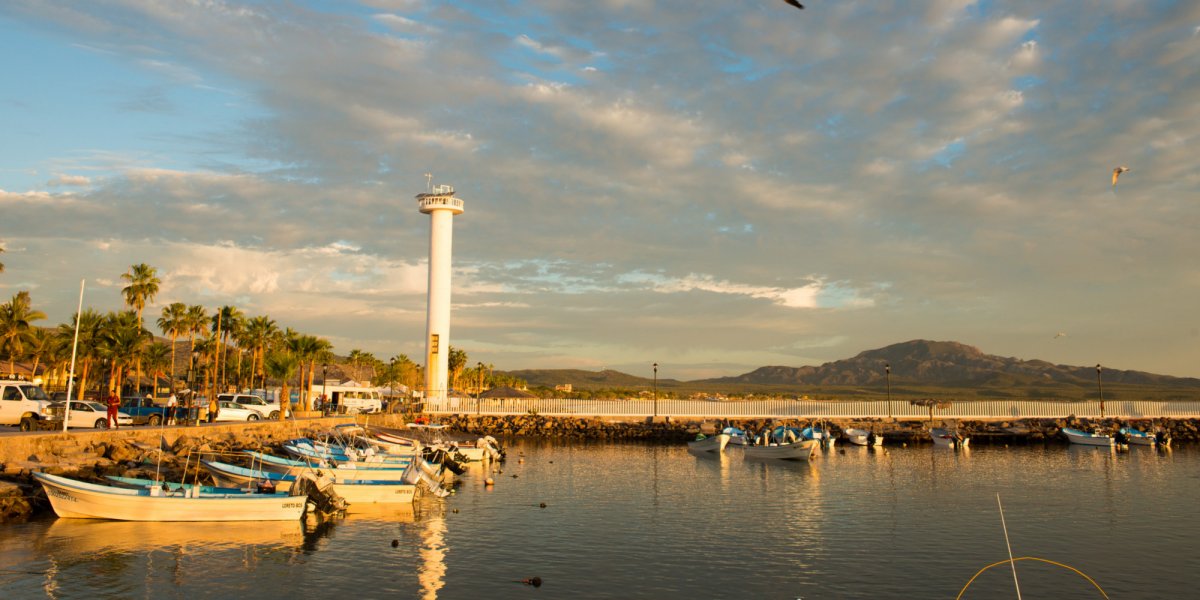 El Corazón Café
A popular meeting place for the local community, this coffee shop serves up freshly-roasted Mexican coffee and in-house baked treats made with love.

1697 Restaurant and El Zopilote Brewing Company
Tucked away in a corner on Loreto’s main square is this hidden gem - a microbrewery serving locally-crafted beers and delicious Mexican-inspired food, as well as burgers and pizzas.

Pan Que Pan Bakery
A great choice for a leisurely brunch in their outdoor courtyard, this bakery does freshly-made pastries and American-style breakfasts, together with sourdough bread and smoothies.

El Rey Del Taco
If you want to get a taste of authentic local cuisine, head to this Spanish-speaking joint that dishes up mouthwatering tacos with a very affordable price tag. Be prepared to order in Spanish and enjoy your meal among locals! 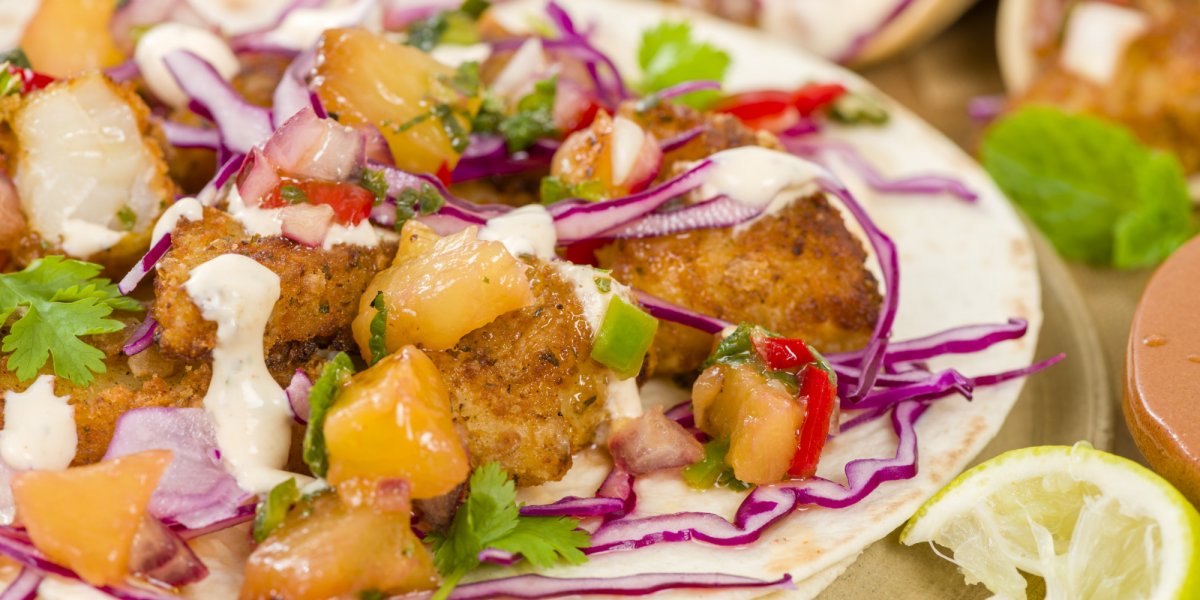