Below is just a sample of some of our favorite places in South Africa to experience with our guests. 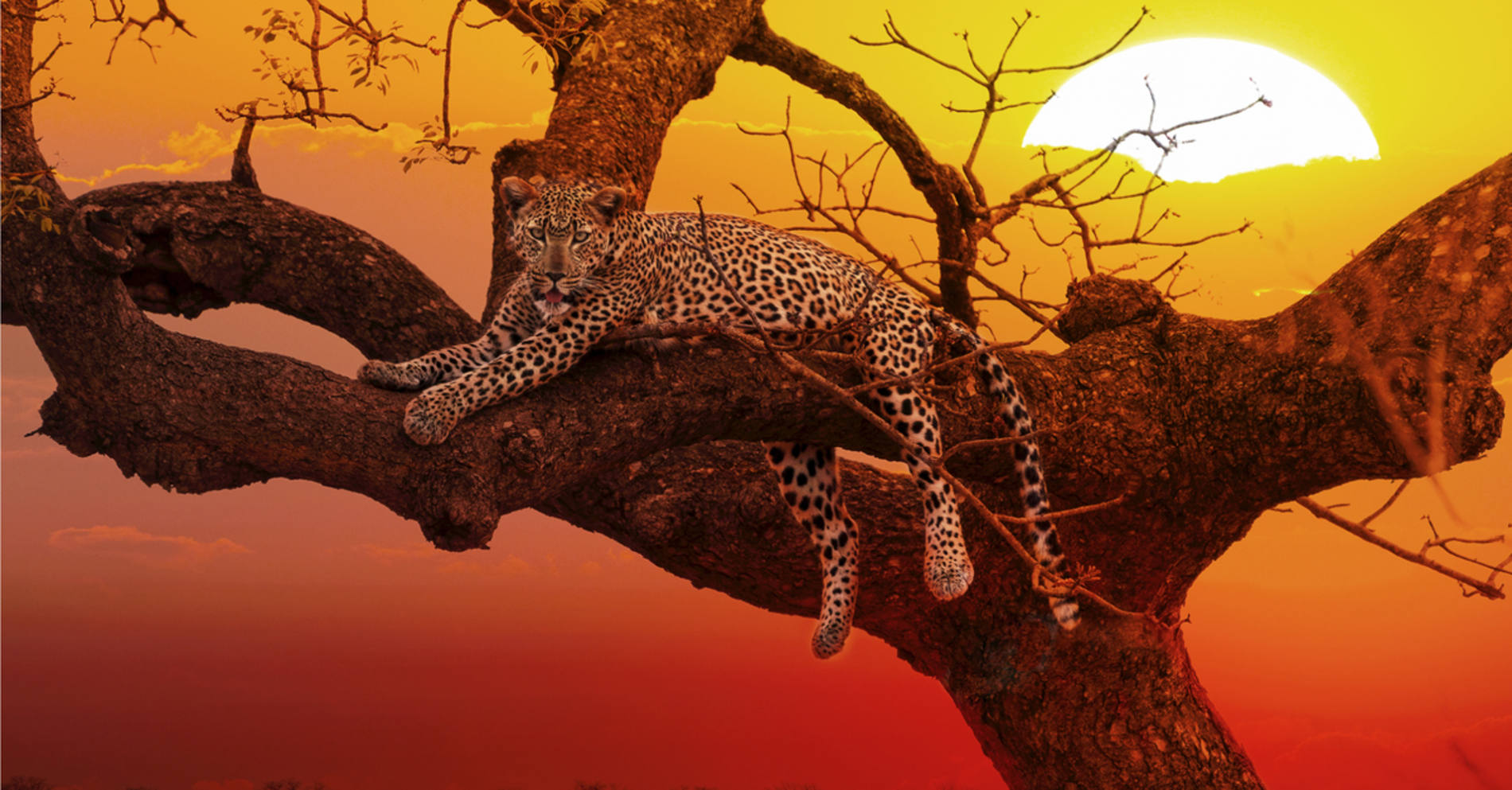 Kruger National Park is one of the largest game reserves in Africa, covering an area of over seven thousand square miles. It's also South Africa’s oldest national park, originally founded in 1928. Located along the border of Zimbabwe and Mozambique in the farthest northeastern corner of South Africa, more species of large mammals reside within its confines than any other park in all of Africa. 517 species of birds may be found in the park, though only about half are year round residents. Included in the many species of mammals are many endangered animals, such as elephants, the African wild dog, hippopotamus, leopard, and cheetahs.

The overly large elephant population is an odd cause for concern amongst park officials. The park’s habitats can only sustain around 8,000 elephants, but the current population is over twice that many at nearly 17,000. There have been several attempts to contain the population, including: culling, which was abandoned in 1994; contraception, abandoned since it upset the herds; and translocating.

Kruger has 21 rest camps, fifteen designated safari lodges, and two privately owned lodges that work in partnership with the park. Camping in the park has become increasingly popular with tourists, as it is much less expensive and open to anyone. There are nine different trails in Kruger, several of which are overnight through areas of wilderness nearly untouched by humans. Sections don’t even have trails; visitors must seek their own paths through the South African bush.

As Kruger National Park is home to a number of rare animals, there has been trouble with poaching throughout its long history. In the 1980s the problem was elephant poachers, but that has since abated. Currently the problem is rhinoceros poaching. Poachers most often go after the larger white rhino population, as they are more prevalent and less aggressive than black rhinos. Poachers are most often citizens of the neighboring Mozambique, who operate near the border at night during the new moon, when the night sky is most dark. A number of measures have been taken to prevent poachers, such as specially trained dog units, buffer-zones along the Mozambique border, automated movement sensor relays, and border fences. 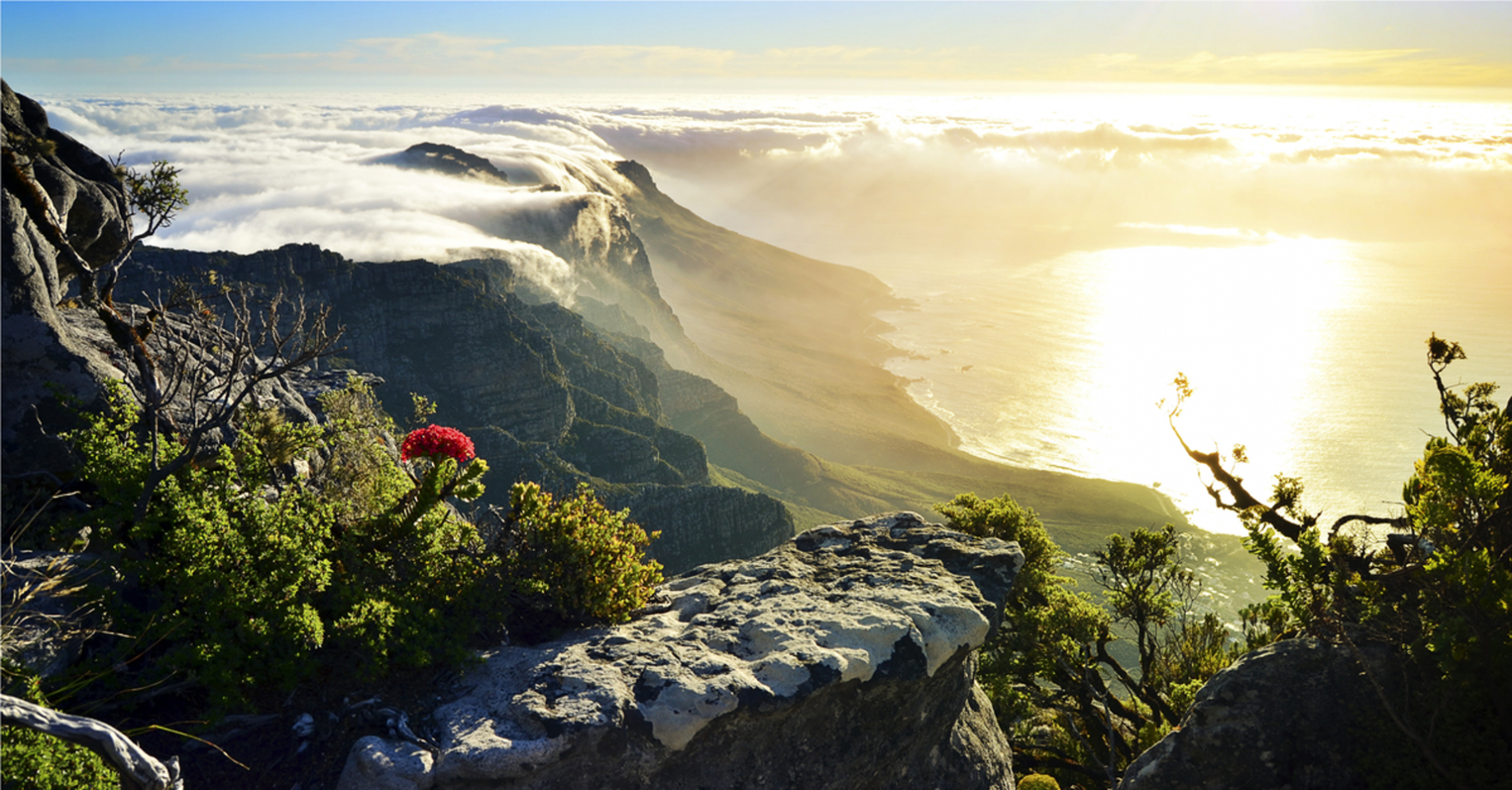 Proclaimed a national park in 1998 by Nelson Mandela, Table Mountain National Park is home to two of the country’s most well known landmarks: Cape Point and Table Mountain.

Table Mountain was made into a national park to protect the distinctive fynbos species found in the region. The plants are endangered because they are the most affected by invasive species. The most common invasive species in the region are the wattles and hakeas native to Australia and the pines native to North America. The Department of Water Affairs and Forestry has attempted to combat invasive species to moderate success.

Tourists to the area generally like the views granted by Table Mountain, Cape Point, and Boulders Beach. A cableway allows visitors to bypass the arduous climb to the top of Table Mountain if they wish. Steep cliffs make direct ascent is difficult, but especially from the city-side of the mountain. Table Mountain is a great spot for exploring sandstone caves, a rarity as most cave systems are limestone. Cape Point, often mistakingly referred to as the place where the Atlantic and Indian Oceans meet, offers great views of the ocean from the rocky cliffs and lighthouses. The shores around the cape offer good fishing waters, but the danger and unpredictability of the waters have led to the deaths of many unsuspecting fishermen. Boulders Beach is another popular spot due to a colony of African penguins that have lived there since the earl 1980s. 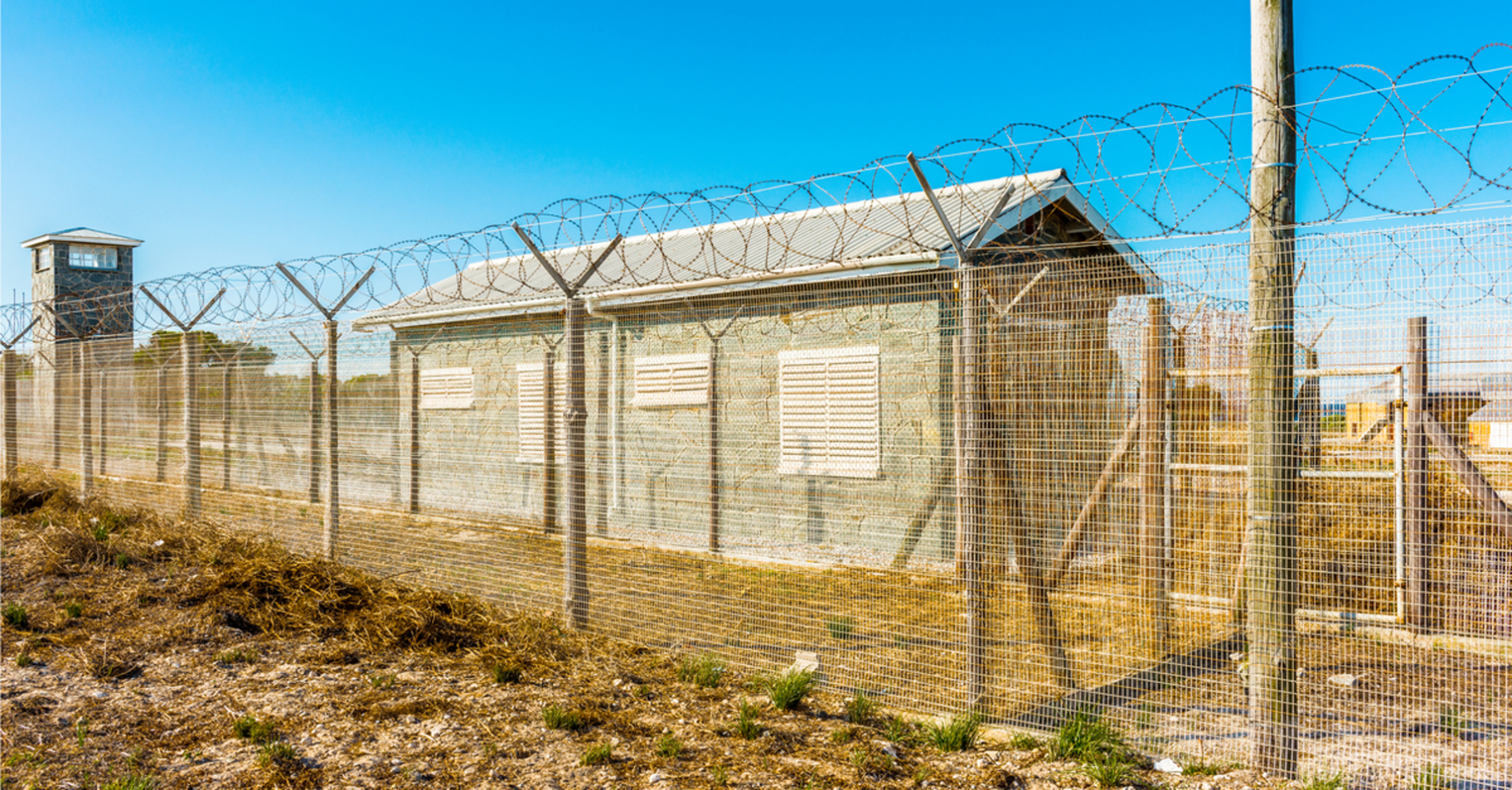 Declared a UNESCO World Heritage Site in 1999, Robben Island is where Nelson Mandela was held prisoner for 18 of the 27 years he was prisoner for his anti-apartheid activism. Including Mandela, three of South Africa’s presidents were once prisoners on the island.

Robben Island has been used as prison for political dissidents since the seventeenth century. The island is located just a short ferry ride off the coast of Cape Town. The island’s maximum and medium security prisons closed in 1991 and 1996 respectively and has since been a museum open all year around. Most of the museum’s tour guides are former prisoners. 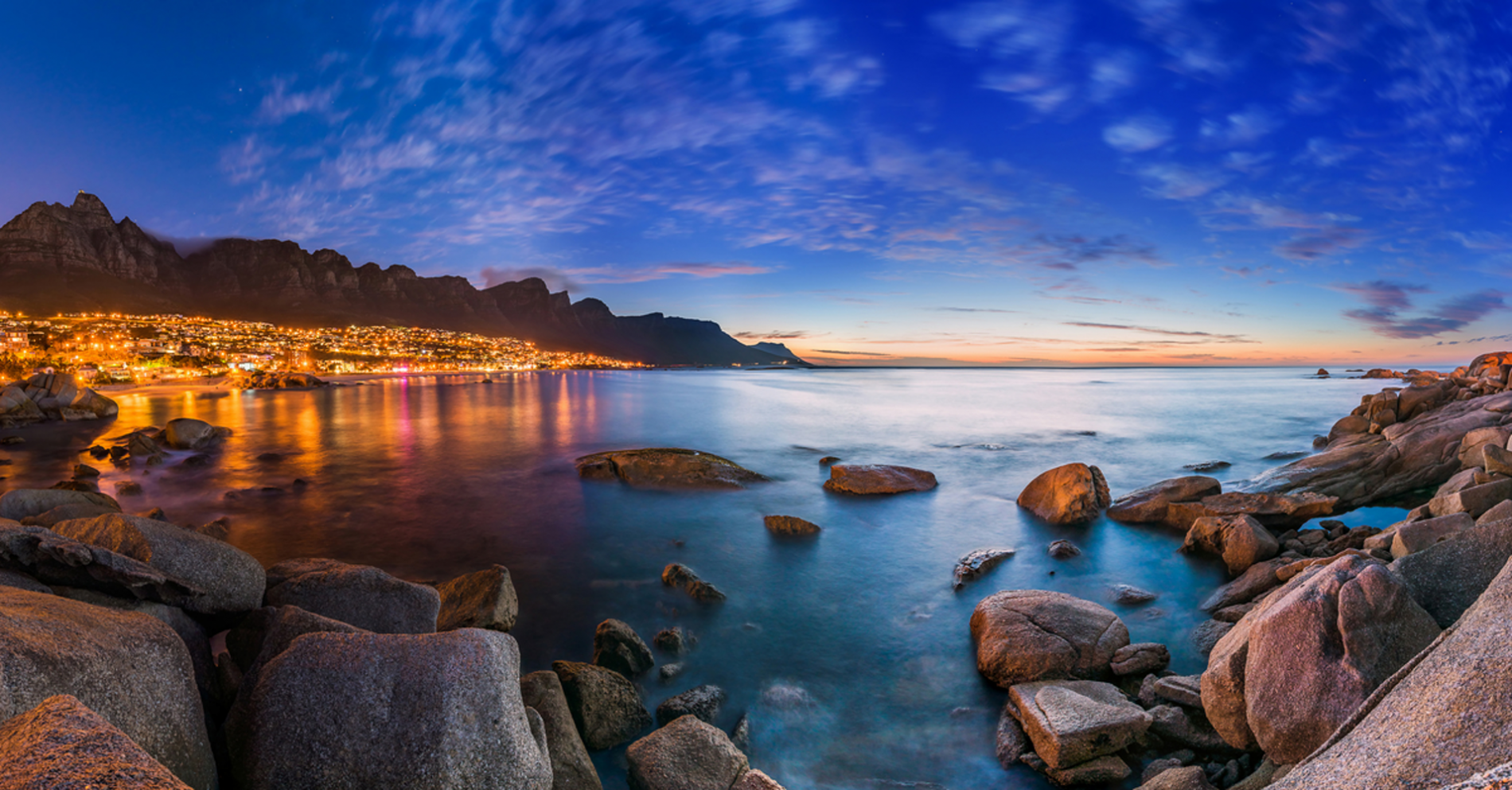 Cape Town's beaches, particularly Clifton Beach, are famous. The city’s unique geography divides the city’s beaches into two distinct camps: the Atlantic Seaboard and the False Bay coast. The beaches of False Bay significantly much warmer, though the beaches along the Atlantic coast are better developed with more restaurants and bars. The Victoria and Albert Waterfront is also nearby, home to the Two Oceans Aquarium. 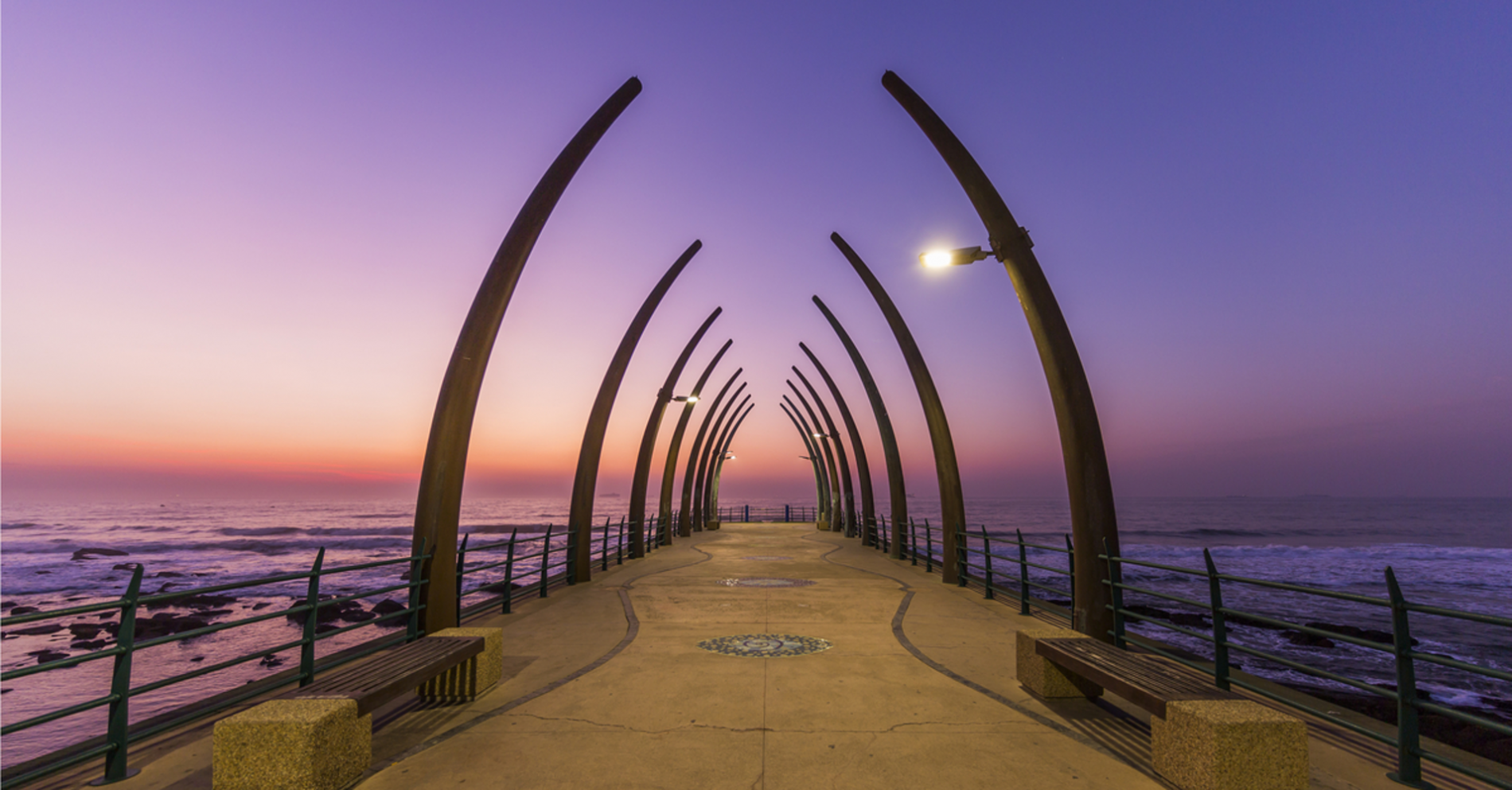 Like Cape Town, Durban is popular for its incredible beaches and weather. Unlike Cape Town it has a subtropical climate and has extremely warm waters, due to its location on the coast of the Indian Ocean. The Golden Mile, a bike tour of the city’s beaches, is one of Durban’s most popular tourist activities. Durban is also home to the world’s fifth largest aquarium within the uShaka Marine World theme park complex. Durban is also famous for the numerous nature reserves found within and around the city, such as Burman Bush, Durban Botanical Gardens, and Umhlanga Lagoon Nature Reserve. 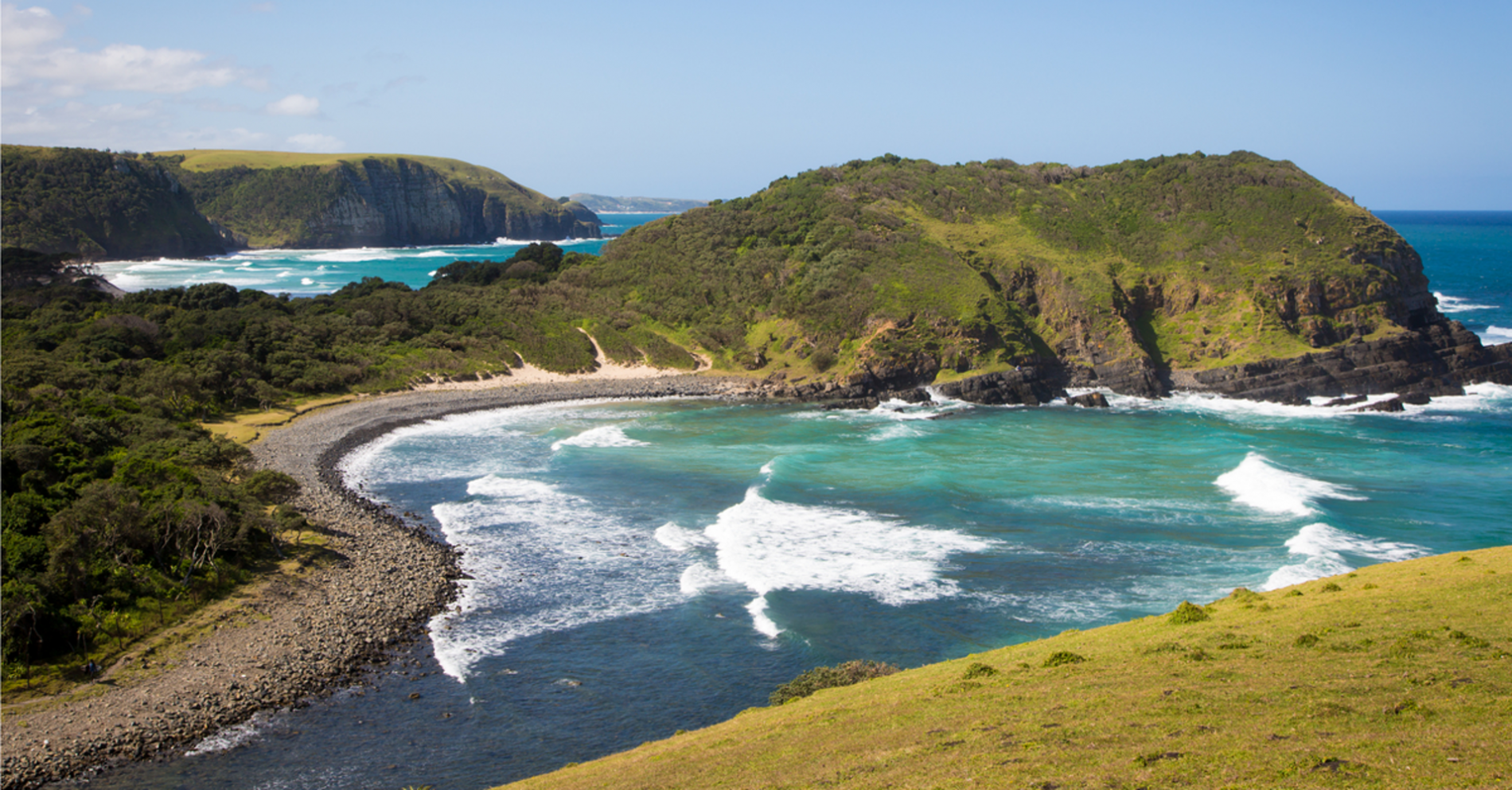 Stretching from the city of East London to the border of the KwaZulu-Natal province in the North, the Wild Coast Region of the Eastern Cape province is the traditional homeland of the Xhosa people and the birthplace of Nelson Mandela.

Its scenic beauty and cultural heritage have made it a target for developing tourism in the area. Many rivers wind their way through the hills of the region. In the north, where the rivers are younger, there are many breathtaking waterfalls. In the south there are many gorgeous sandy beaches and bays. The coastline is also home to about nine hundred forest and grassland species. 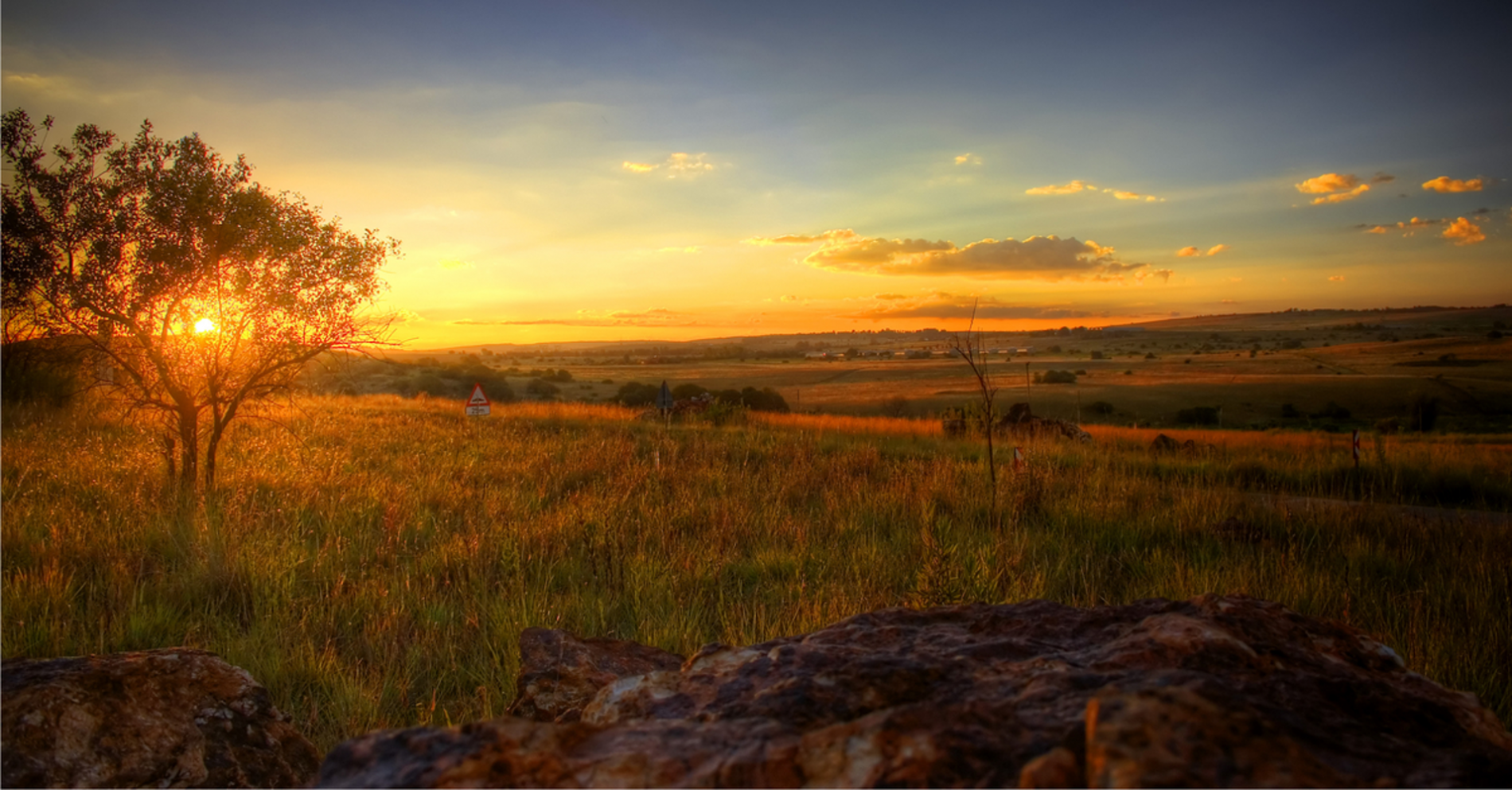 The Cradle of Humankind offers perhaps the best experience in the world for those interested in paleoanthropology.

The Cradle of Humankind site is a complex of limestone caves that has produced more than a third of the world’s early hominid fossils, due in part to the site’s prime conditions for the preservation of fossils. There are more than three dozen sites within the caves where fossils have been discovered. In 2013 an entirely new species of hominid was discovered in one of the caves. A visitor center was opened on the site in 2005. 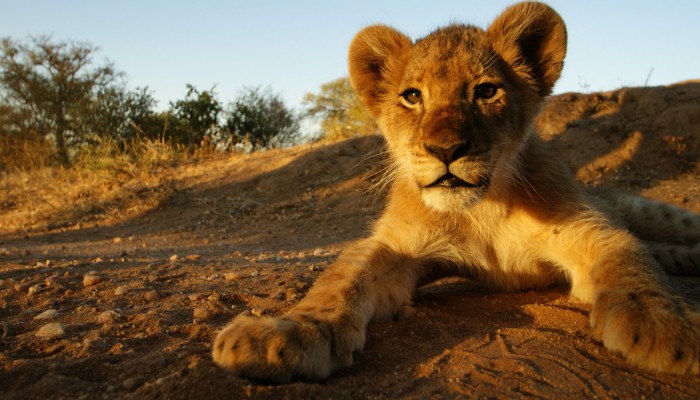