The sites below are just a small sample of our favorite places in Albania to experience with our guests. 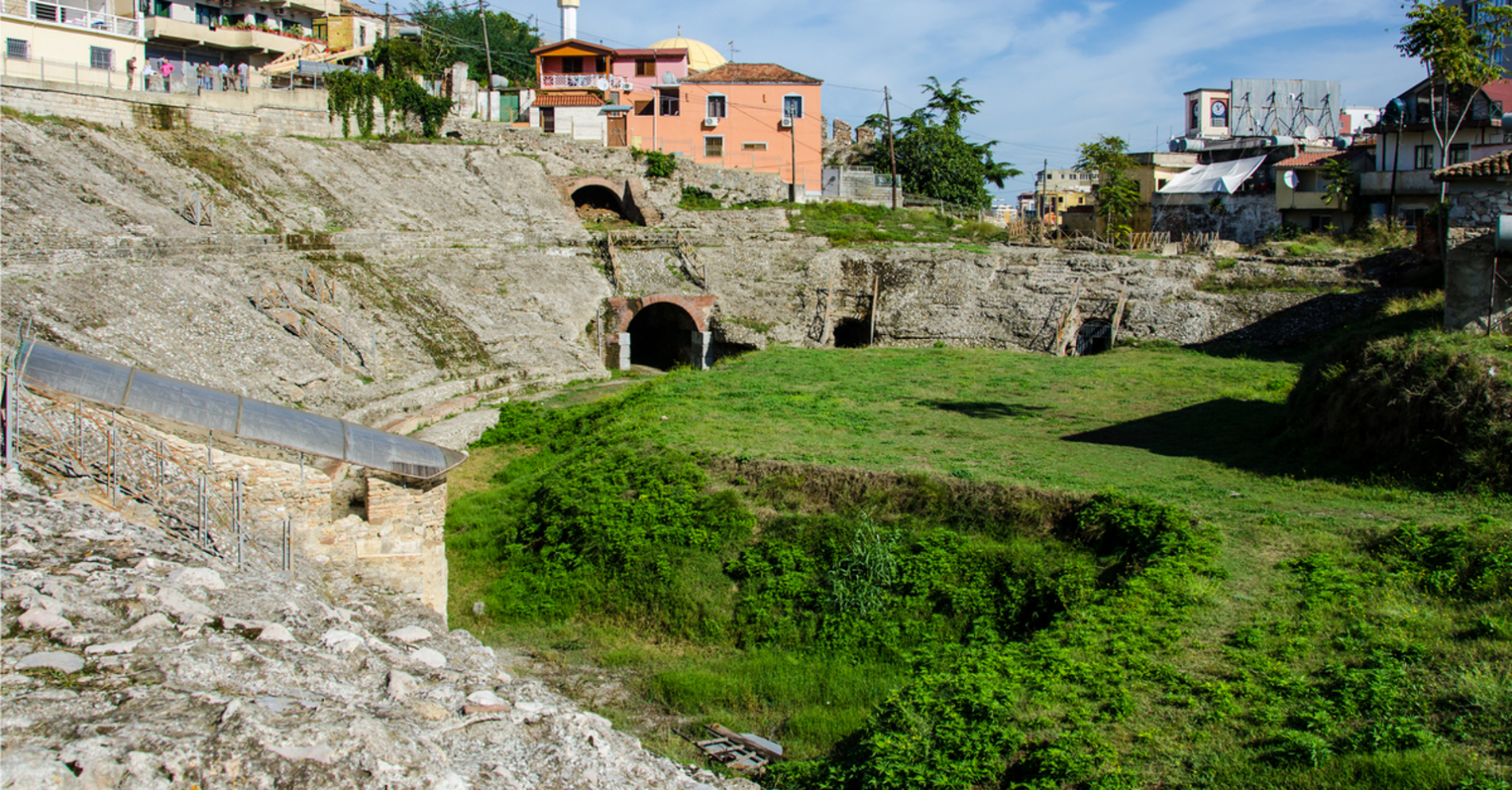 One of the most popular destinations in Albania is the Durrës Amphitheatre.

This ancient Roman amphitheater was built in the 2nd AD during Roman Emperor Trajan’s celebrated reign as one of his many expansive building projects. The largest of its kind in the Balkans, the amphitheater at Durrës could once seat over 20,000 people. As with other Roman amphitheaters, it was often used for public games and performances until an earthquake limited its capacity in this regard during the mid-4th century.

Nevertheless, Durrës Amphitheatre was still used and construction continued on the site well into Medieval times. An early Christian chapel was completed following the earthquake. Initially decorated with frescoes, the chapel was later decorated with mosaics in the sixth century. A medieval chapel expanded on the early one, also complete with frescoes and mosaics.

Unfortunately, following Ottoman occupation, the amphitheater was buried in order to construct a wall around the city of Durrës. The amphitheater remained buried and forgotten for almost five centuries until it was partially uncovered in the 1960s by Lida Miraj, an Albanian professor specializing in ancient architecture. Further efforts in the 80s continued excavation. However, excavation eventually halted and for the following two decades the amphitheater fell into disrepair.

Strangely, sections of the arena have modern houses built on top of the amphitheater. This odd situation, combined with the rapid decay of the frescoes and mosaics in the amphitheater and chapel, have caused the Durrës Amphiteathre to be listed as one of the most endangered cultural heritage sites in Europe. There is currently a project attempting to restore the ancient monument, and the city of Durrës has plans to remove the houses in the future. 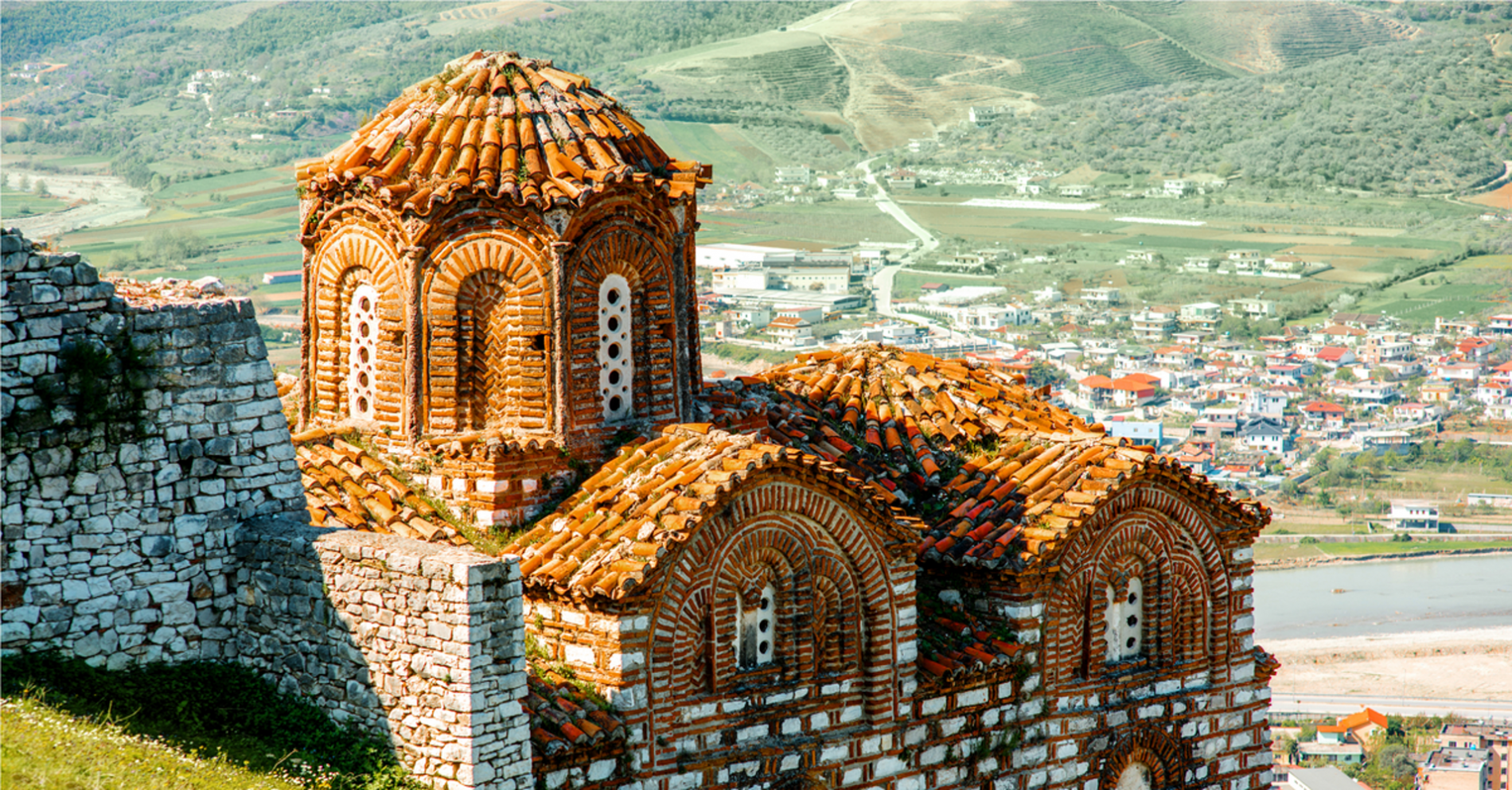 The city of Berat, known as the city of a thousand windows, is often seen as a testament to the coexistence of multiple religious communities and cultures for over a millennia—and has thus been recognized as a UNESCO World Heritage Site.

The main site is the citadel of Berat, referred to locally as the Kalaja e Beratit. Located in central Albania, the current structure dates mainly from the 13th century and is a magnificent sight. The rocky hill on which it was built was large enough to house most of the population of the city below. The main population at the time of its construction was Christian and as such there are about twenty Byzantine churches within its walls. Berat is also home to a mosque, although it, along with a number of the churches, have been so badly damaged over the years that only ruins remain. The most important churches are the Church of St. Mary of Blachernae, the Church of St. Michael, the Holy Trinity Church and the Cathedral of St. Nicholas, which has been restored and is now a museum dedicated to Onufri, an Albanian artist of the sixteenth century.

In the valley below, Berat’s architecture is seen as distinctive and historic. There are several mosques, including the Sultan’s Mosque, the Lead Mosque, and the Bachelor’s Mosque. Sultan’s and Lead Mosques were built in the 15th and 16th centuries, while the Bachelor’s Mosque was built in the nineteenth century. The Berat National Ethnographic Museum, which opened in 1979, is also a must-see for anyone passing through Berat. 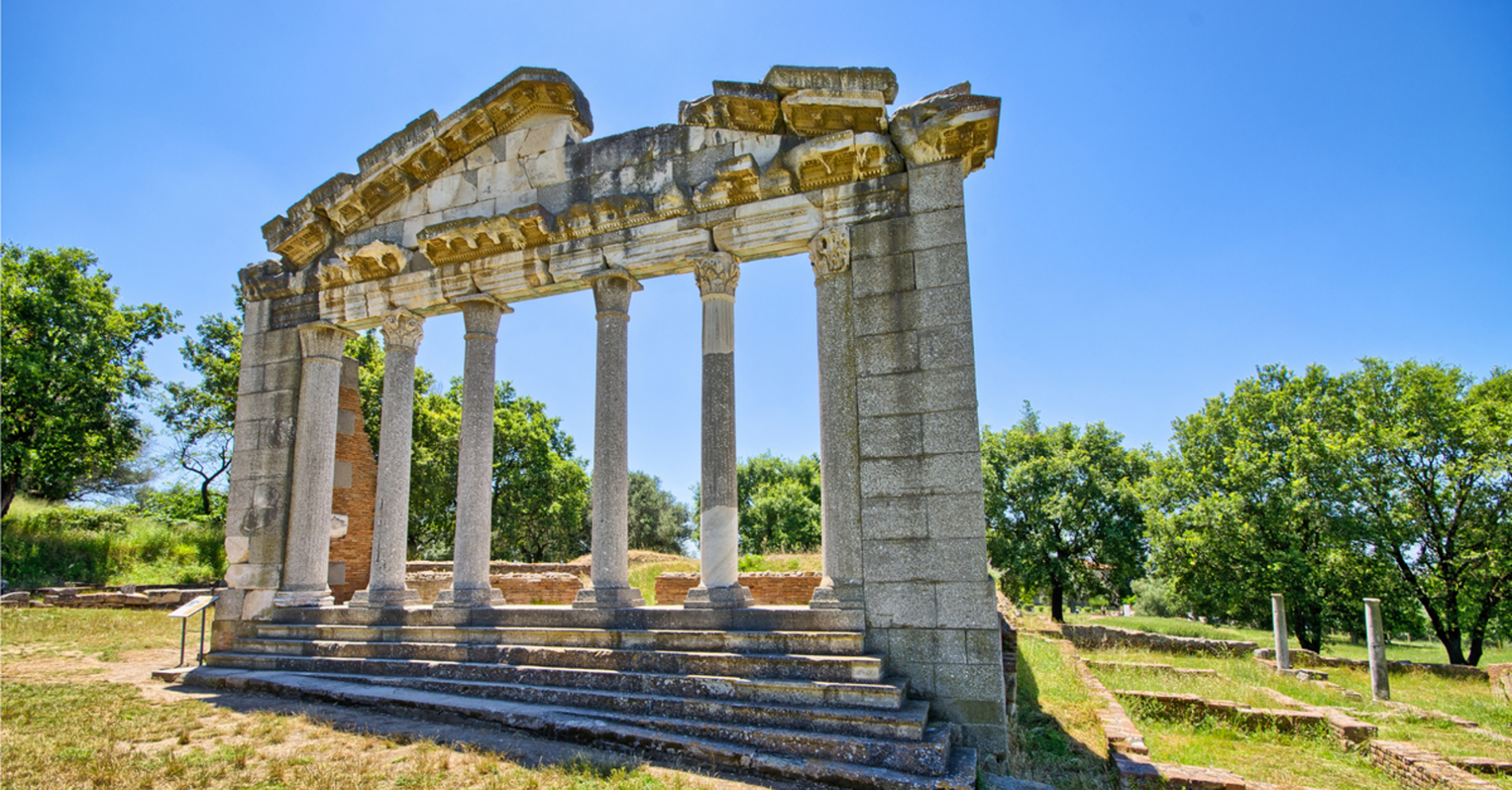 The celebrated Roman orator Cicero once referred to Apollonia as magna urbs et gravis, Latin for "a great and important city." Established by bands of Illyrian tribes, the city was named Apollonia to honor the god Apollo. Aristotle thought the city a prime example of the benefits of an oligarchical system of government. An important port city on the coast of the Adriatic Sea, Apollonia was once a vibrant Greek, and later Roman, colony.

From a 21st century standpoint, the realities of ancient Apollonia are not as illustrious. The city’s main source of wealth was from the slave trade. Athenian colonists dominated local agriculture over the predominantly Illyrian serfs. Meanwhile, as the Greeks grew more wealthy they were able to expand Apollonia’s harbors. At ancient Apollonia’s peak it was said that it could hold more than hundred ships at a time. Apollonia even had its own mint, where it printed coins that were used throughout the Greek and Roman Empires; coins from this mint have been found as far away as modern-day Germany. The later Roman Emperor Augustus Caesar tutored in Apollonia and it was here that he learned of the death of his uncle, Julius Caesar. Christianity was present in Apollonia at an early stage of its development and bishops from Apollonia were present at all the defining councils of late antiquity.

Unfortunately, Apollonia’s decline was sharp and sudden. An earthquake in the third century AD changed the path of the river that flowed out of Apollonia into the Adriatic Sea. Following the earthquake, Apollonia’s once famous harbor became a swamp riddled with crime and disease. As the swamp expanded inland, Apollonia became depopulated, with most of the citizens relocating to Avlona, the modern-day city of Vlorë. Eventually all that remained of Apollonia was a small Christian community. They built a church that later became part of a monastery in the region. 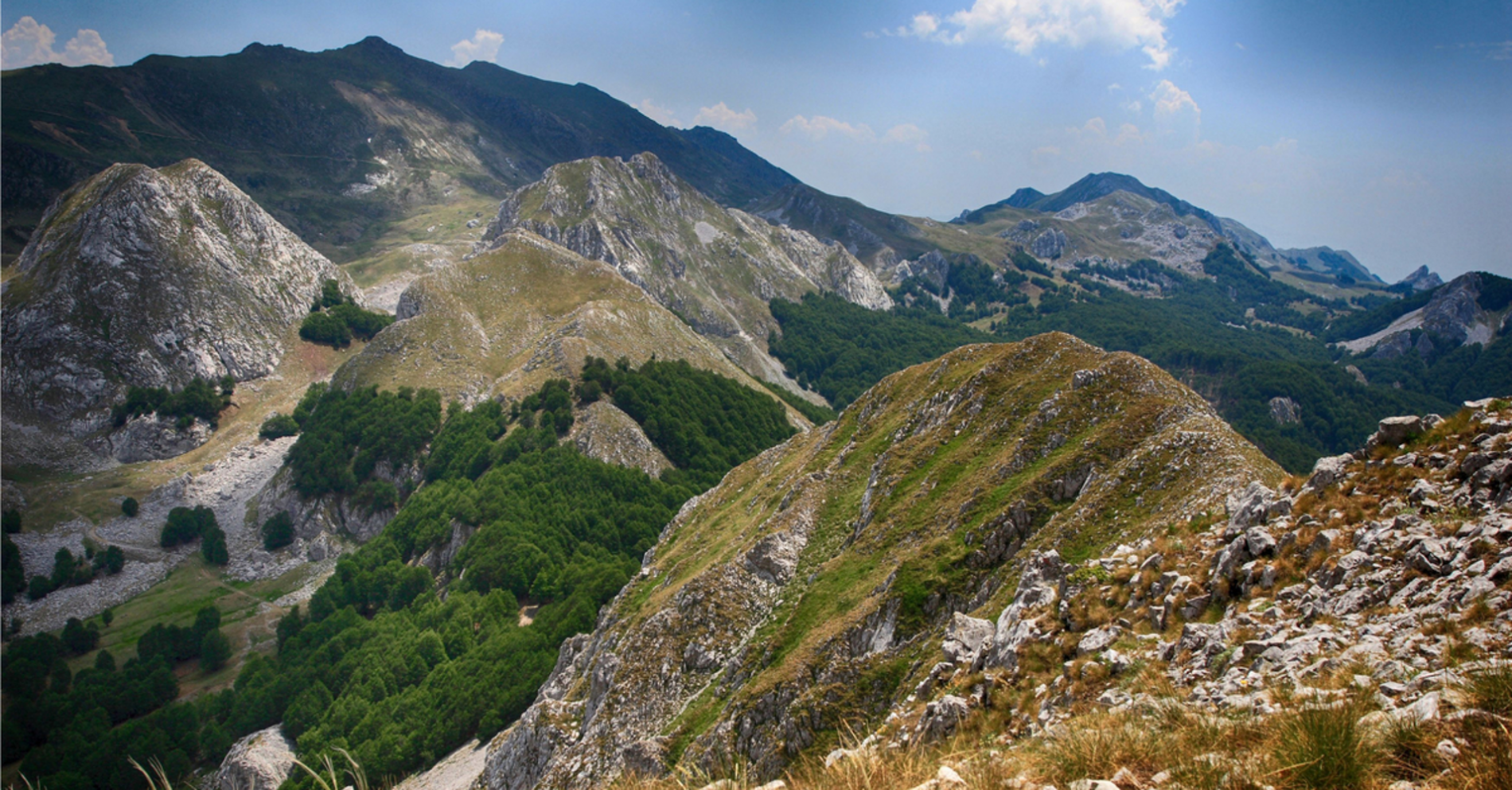 Founded in 2008 and receiving its name from Mount Shebenik, an important icon in wildlife preservation, Shebenik-Jabllanice National Park is Albania’s newest national park. It’s also, arguably, one of the most important parks as it is home to numerous rare and endemic flora and fauna.

Located on Albania’s far eastern border with Macedonia, it was one of Albania’s most visited national parks, attracting 3,500 non-Albanian tourists in the summer of 2015 alone. Popular attractions include Mount Shebenik, the fourteen glacial lakes found throughout the park, and the opportunity to catch glimpses of some of Albania’s rarest animals.

Most importantly Shebenik-Jabllanice National Park is home to the critically endangered Balkan Lynx. In April of 2011, the PPNEA (the Protection and Preservation of Natural Environment in Albania) captured the first photo of a lynx living within the confines of the park, causing a stir among aficionados of the rare feline. Shebenik-Jabllanice National Park is one of the last remaining ranges for the Balkan Lynx.

However, other rare species find their home within Shebenik-Jabllanice National Park. Trees such as the Silver Birch and shrubs such as the Purple Willow can be found here. Even more rare are flowers such as the Albanian rock rose and the Albanian pansy, which are native to the park. Besides the Balkan Lynx, Shebenik-Jabllanice National Park is also home to a number of animals. Bears, wolves, chamois, and boar are common, and the European otter also dwell within the confines of the park. Among other birds, eagles are also sighted fairly commonly. 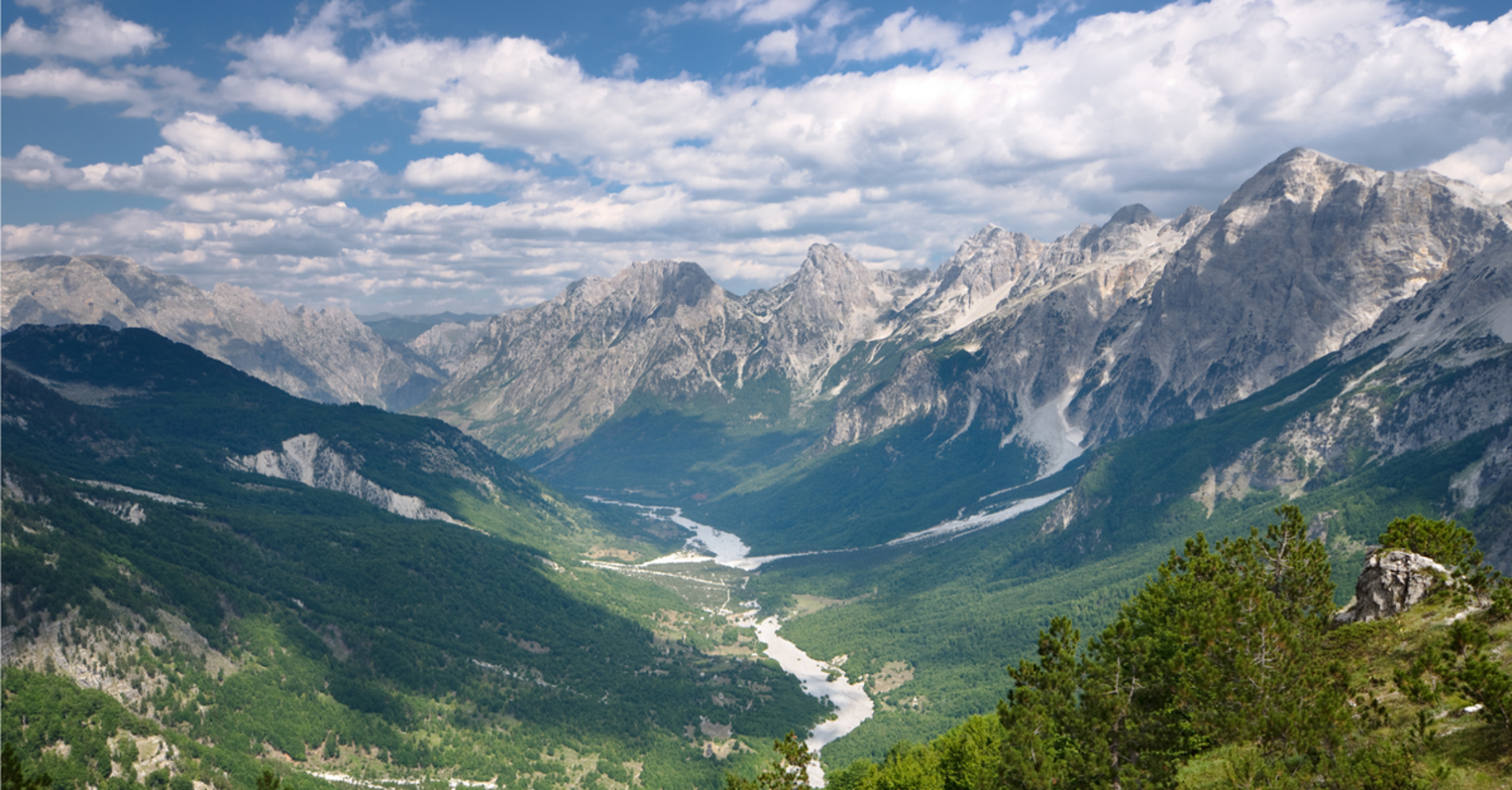 The park is located in the far north of the country in the heart Albanian Alps near the border of Montenegro to the northwest and Kosovo to the northeast. In fact, those two countries, along with Albania, are planning to create a tri-state international park named the Balkan Peace Park.

The park is designed to protect the Valbonë River Valley, notable for its exquisite alpine landscape and rich biodiversity as well as being the highest of any region in Albania. The valley is the only region in Albania with a climate suitable for spruce trees. A number of species of trees and shrubs native to the Balkans can be found in the Valbonë Valley, including the Bosnian and Macedonian pine trees as well as native chestnut and apple trees. It is also suspected that the Balkan Lynx might be found here, though there have been no official sightings. However, the more common Eurasian Lynx, of which the Balkan variety is a subspecies, has been found in Valbonë Valley National Park.

Four villages are located within the borders of Valbonë Valley National Park: Dragobi, Valbonë, Cerem and Rragam. These villages are seen as essential for developing the tourism industry in the Valley. Unfortunately, the number of people living in the villages has declined drastically in recent years as younger generations migrate to major Albanian cities in the south for greater economic opportunity. Tourists to the park generally stay in the traditional alpine houses and inns located in these villages and villagers often rent out rooms to visitors. 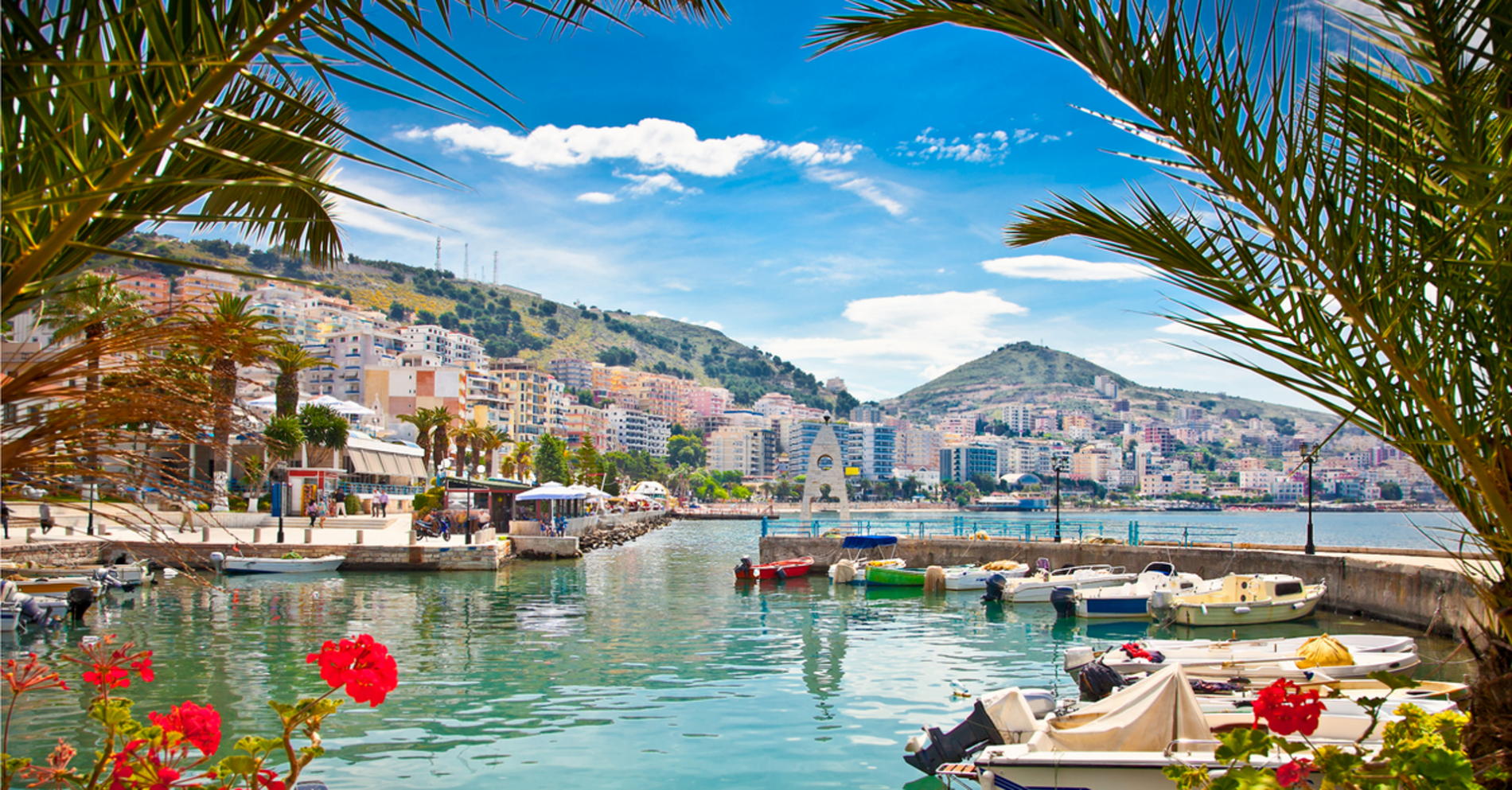 Sarandë and the Albanian Riviera

Sarandë is one of Albania’s most popular destinations and arguably the most important town in the Albanian Riviera. Sarandë has a variety of attractions from the exquisite beaches and natural life to the variety plants and animals, the view of the nearby mountains, lakes and rivers, natural springs, citrus plantations, olive groves and vineyards, and the pastures and woods. One of the most popular destinations in Sarandë is the Blue Eye Spring, an unusual underwater spring. Visually stunning and a popular spot for divers, the water bubbles up from a more than fifty-meter-deep pool to create the beautiful clear blue spring. 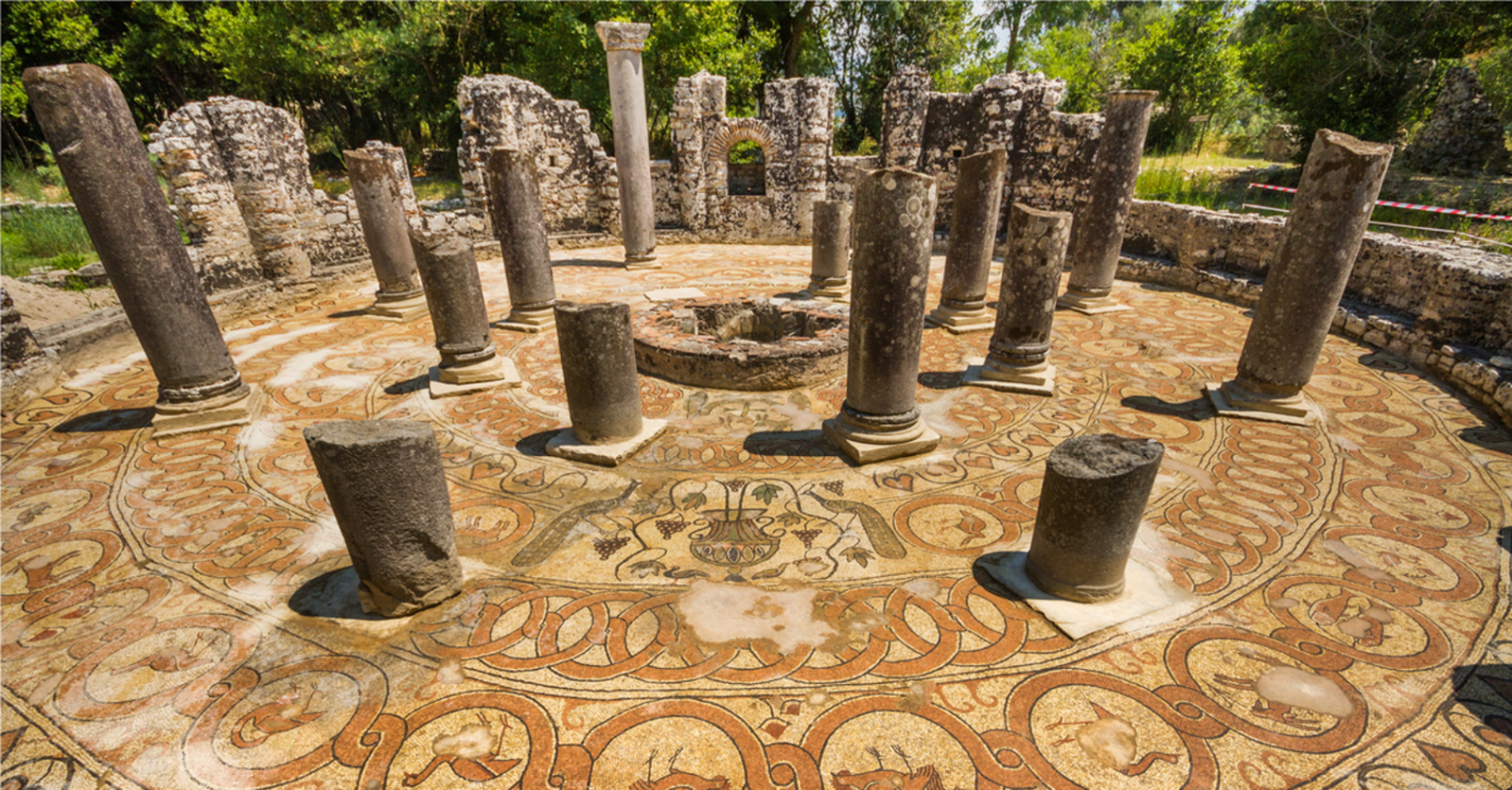 For those more archeologically minded, Sarandë is also very close to the ancient city of Buthrotum. Like Apollonia, Buthrotum was an ancient Greek and later Roman city. Located in the far south of Albania in Epirus, a region shared by the Albanian and Greek governments, Buthrotum has been inhabited since prehistoric times. Once the home of the Chaonians, a Greek tribe, it became a Greek colony and later a Roman province before being abandoned in Late Antiquity following an earthquake that flooded most of the city.

Currently known as Butrint National Park and designated as a UNESCO World Heritage Site, Buthrotum remains one of the most important archeological sites in Albania, containing artifacts and structures as far back as the Bronze Age. The uniqueness of Buthrotum lies in its distinctive combination of ancient archeological remains and natural woodland ecosystem, which relies on the nearby Lake Butrint. This combination makes it an interesting stop for travelers of the Albanian Riviera.