Nicknamed “The Land of a Thousand Hills”, Rwanda’s undulating landscapes lie landlocked in the African Great Lakes region. It’s shaken off the dark days of the 1990s to rapidly emerge as one of the continent’s shining stars - a country where the environment and its wildlife are at the fore.

In the friendly capital, Kigali, single-use plastics have been phased out and e-motos are on the rise, with the city’s clean streets home to colorful markets and poignant memorials to the Rwandan genocide. Beyond the urban hustle lie the sparkling waters of Lake Kivu, which is fringed by patch-worked fields and rural villages that can be explored along the legendary Congo Nile Trail.

While it’s undoubtedly the mountain gorillas of Volcanoes National Park that draw the majority of safari tourists to Rwanda, that’s not all that awaits. Playful chimpanzees patrol the canopy of Nyungwe Forest National Park while big-game species can be spotted on the savannah of Akagera National Park 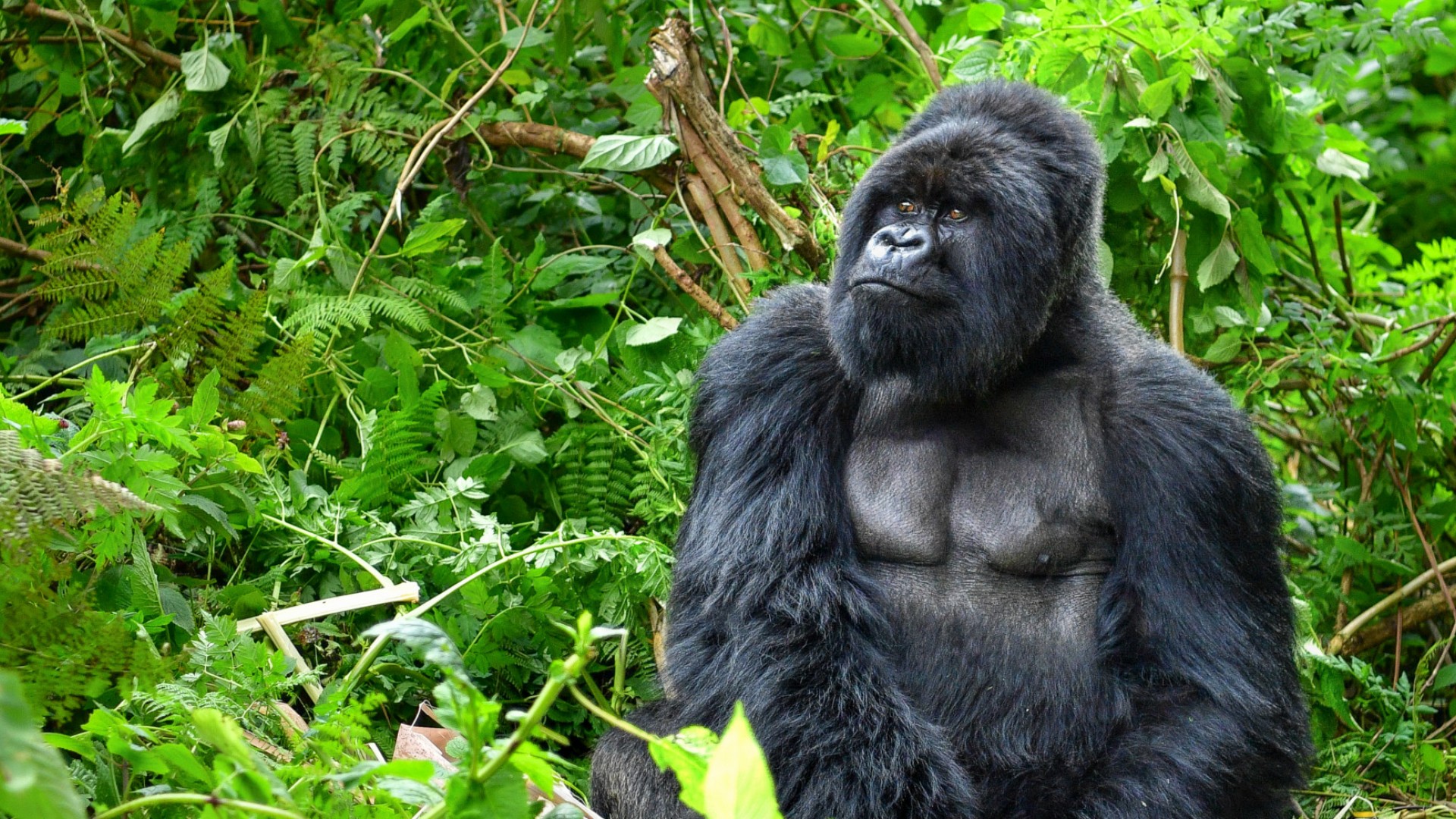 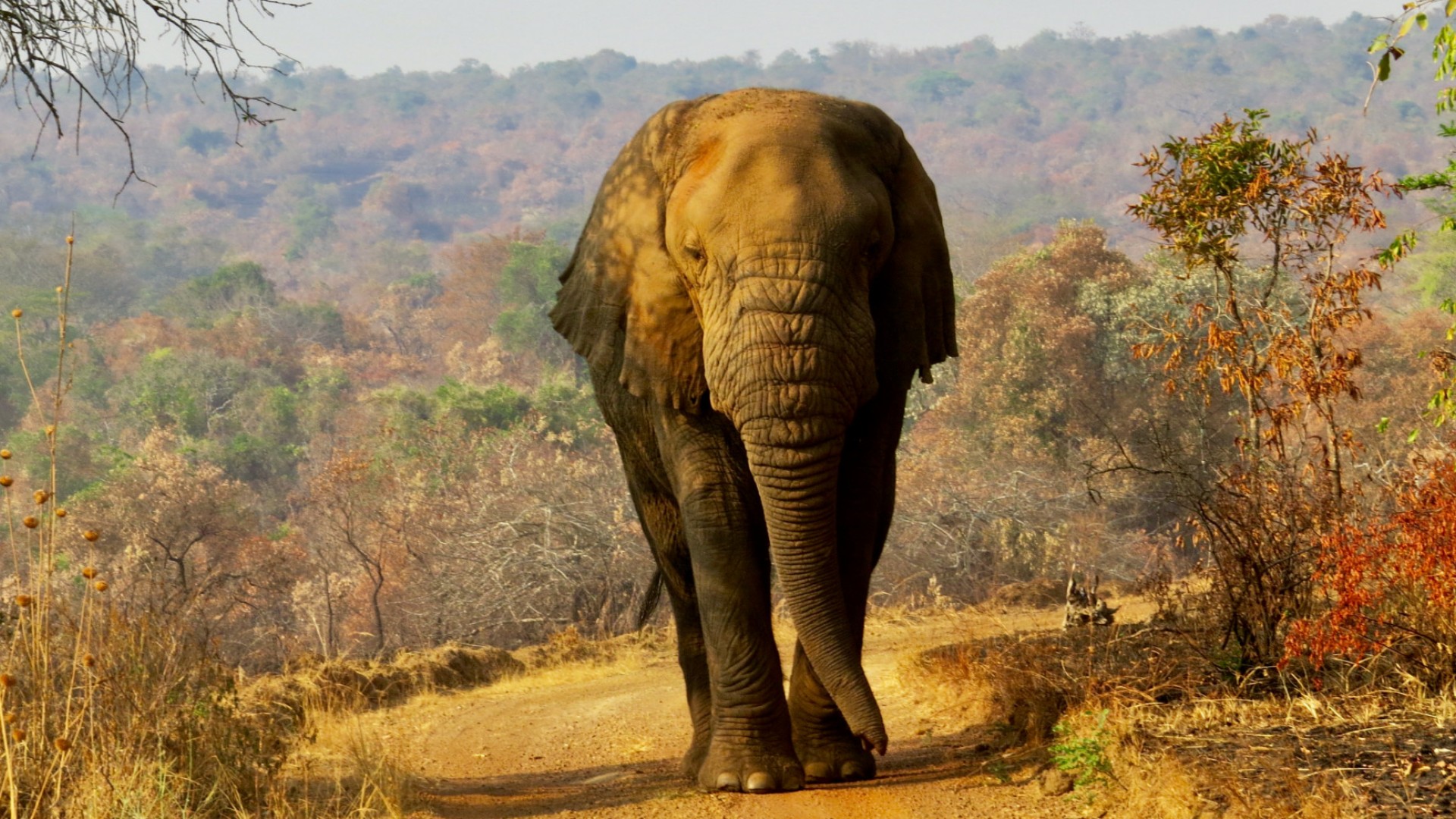 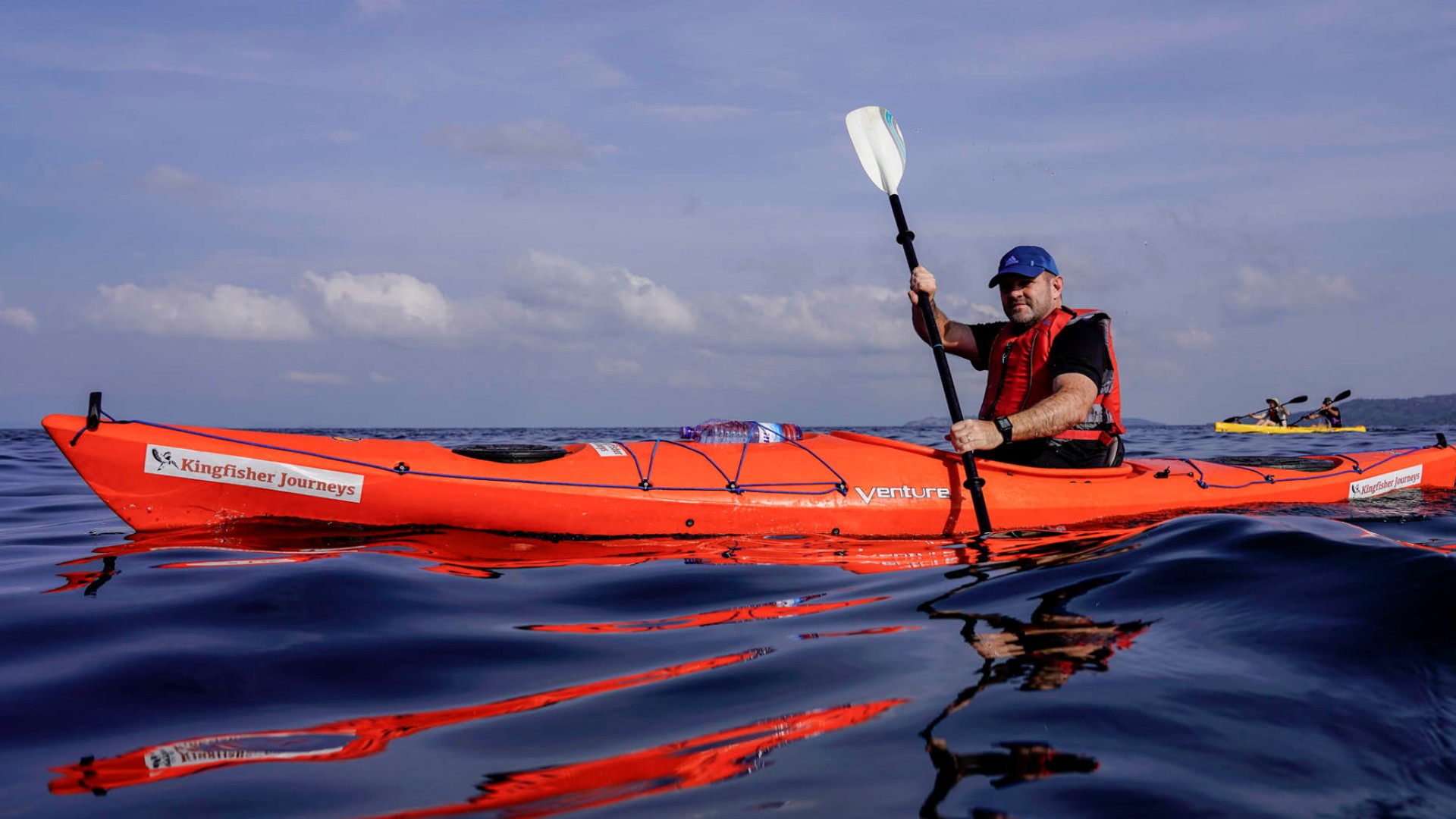 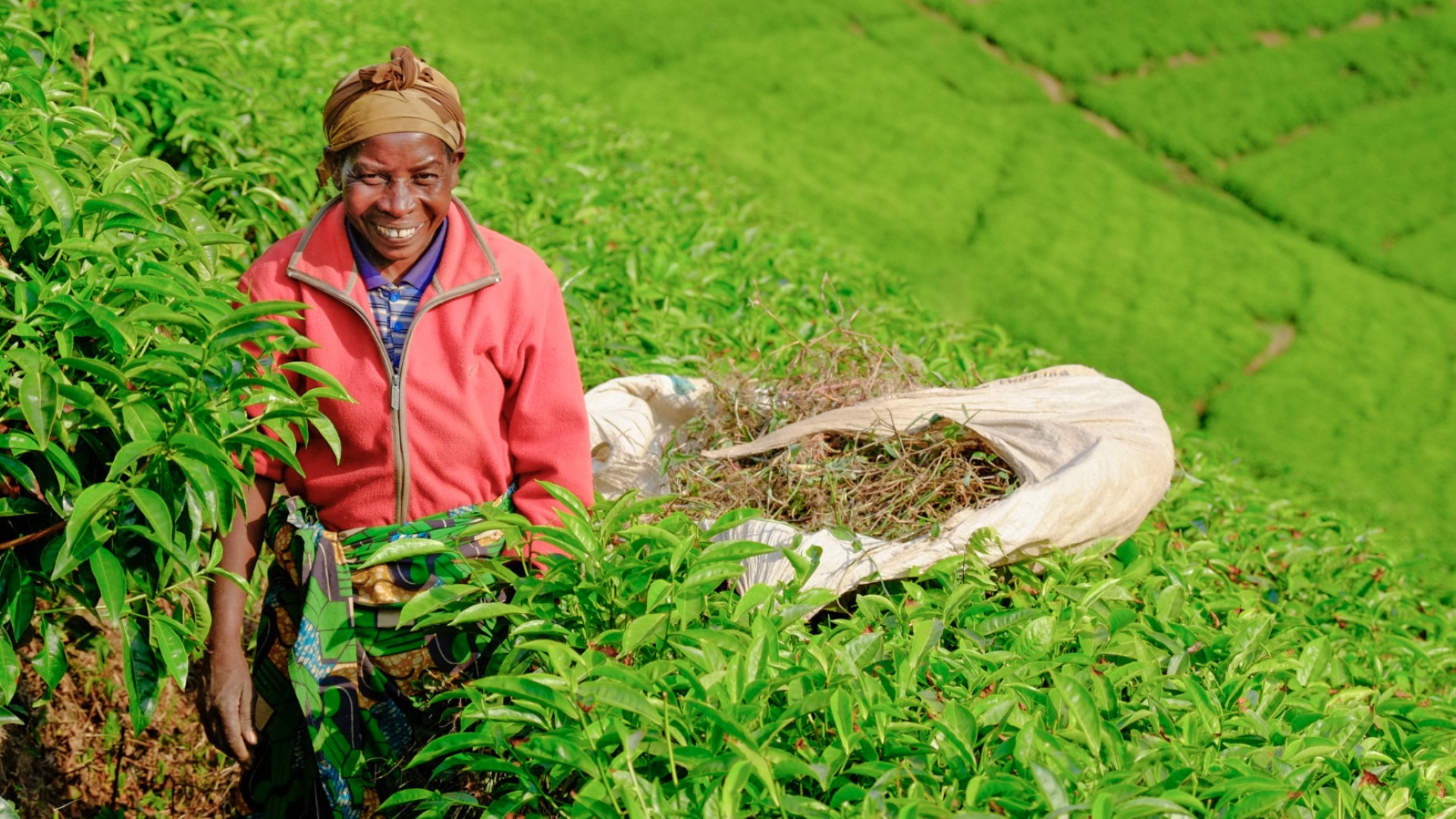 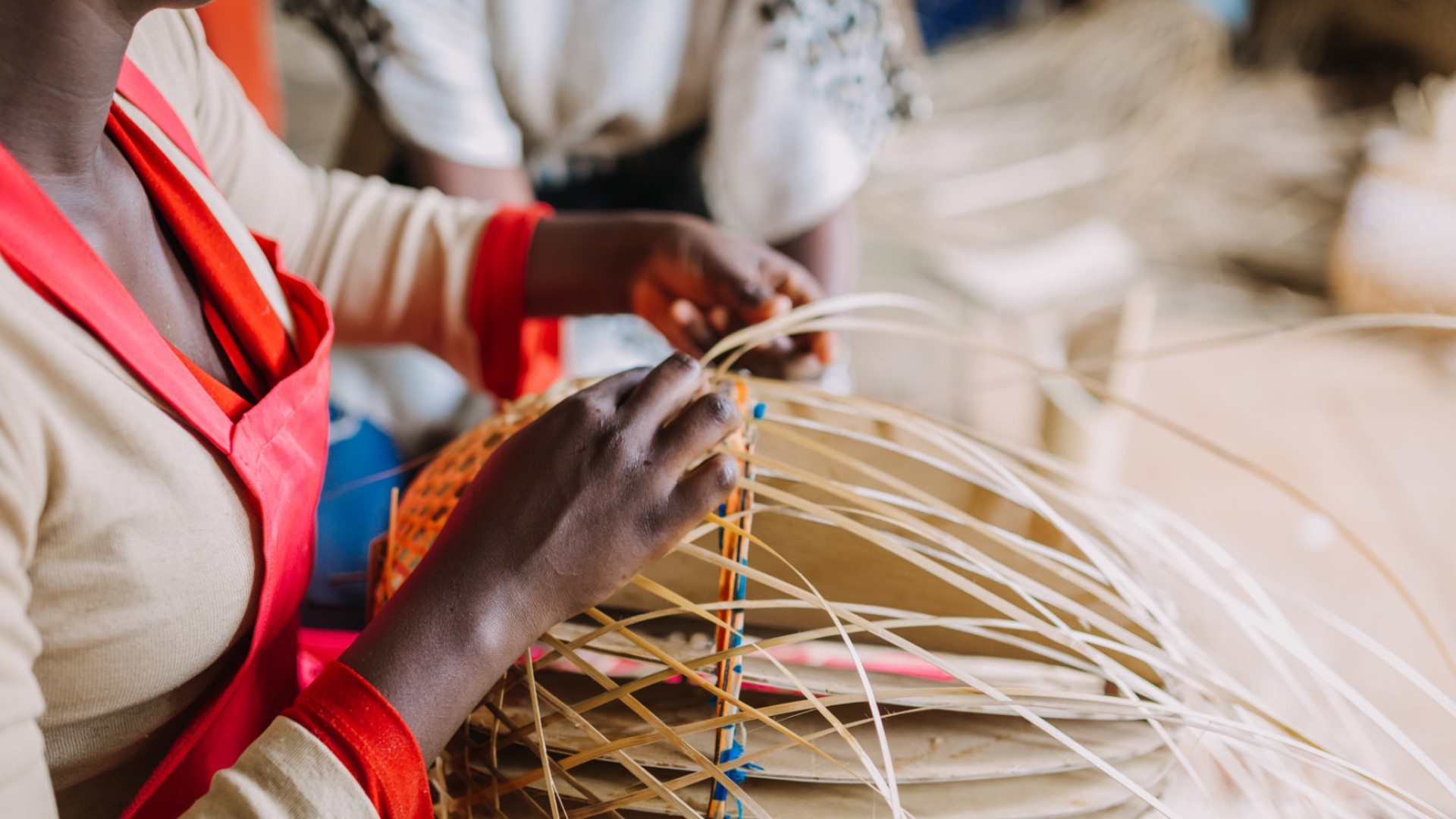 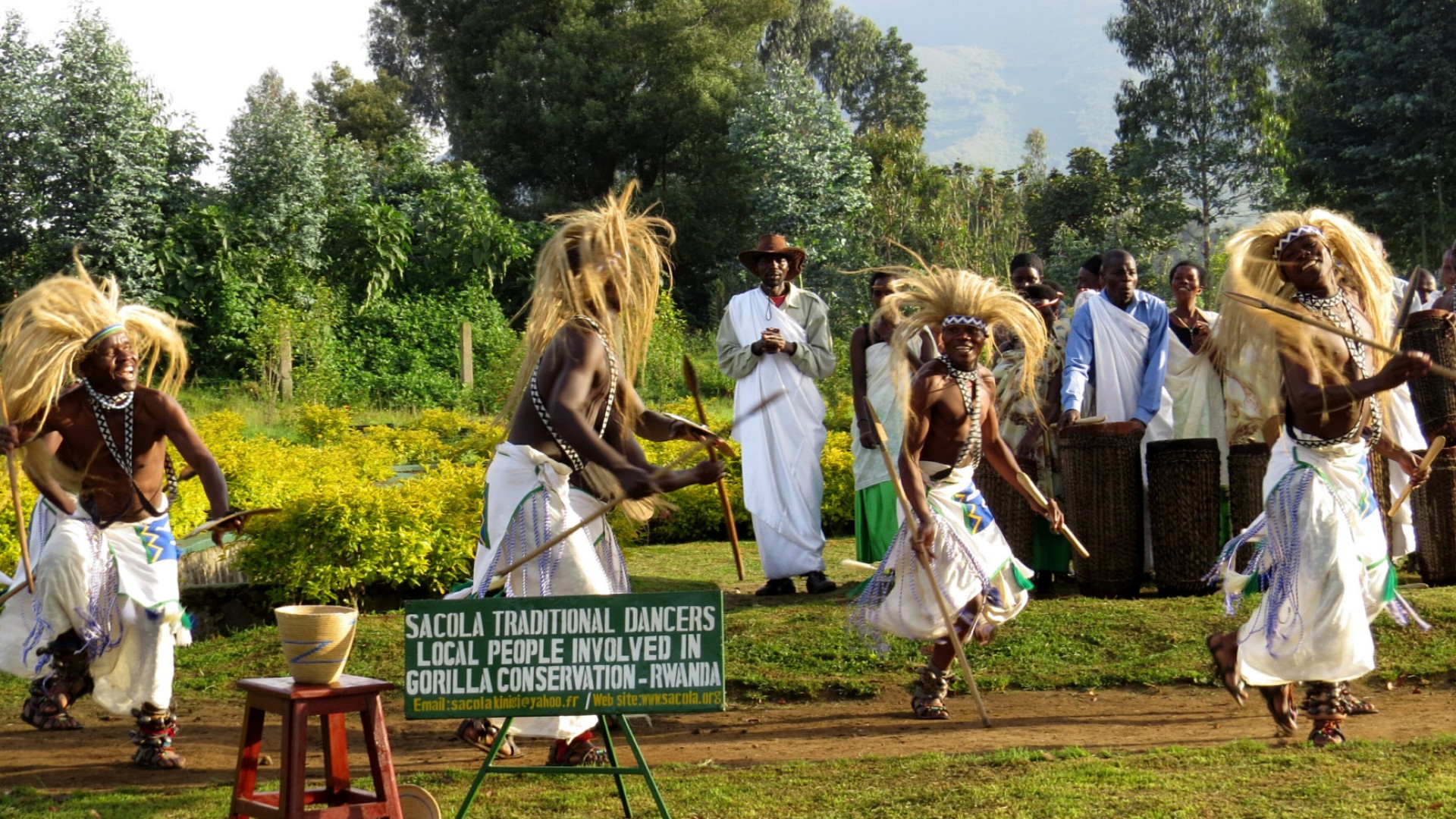 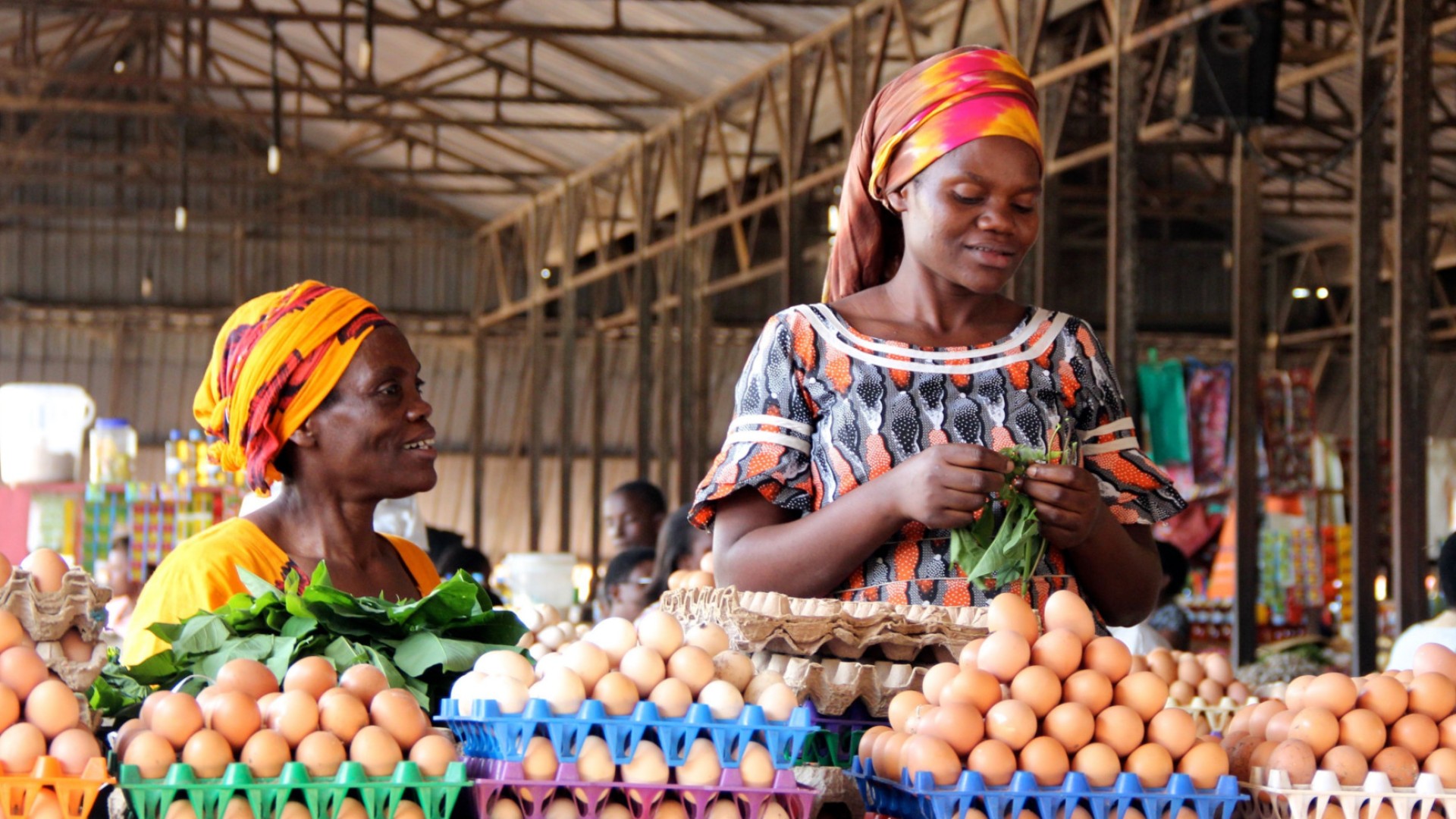 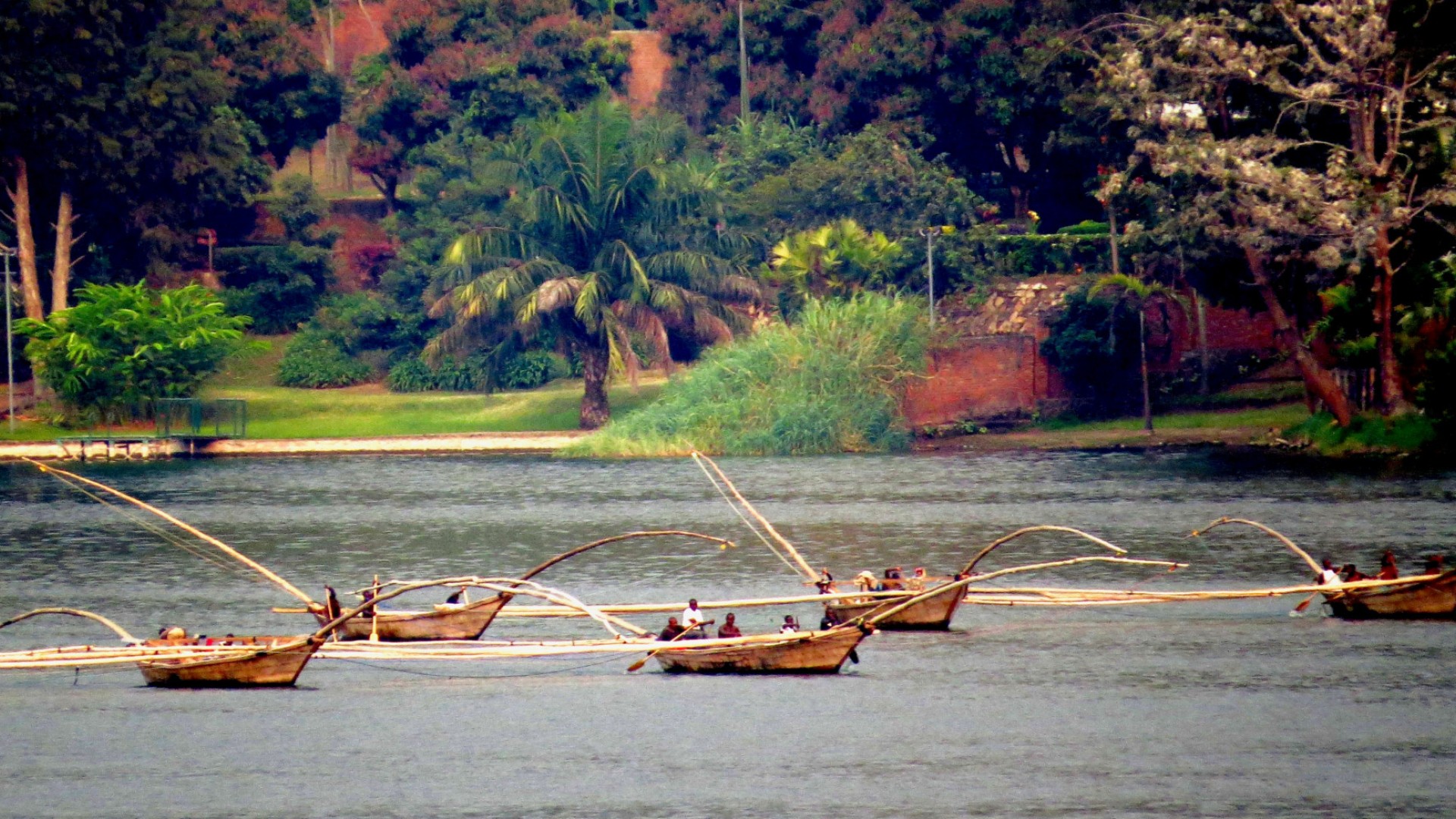 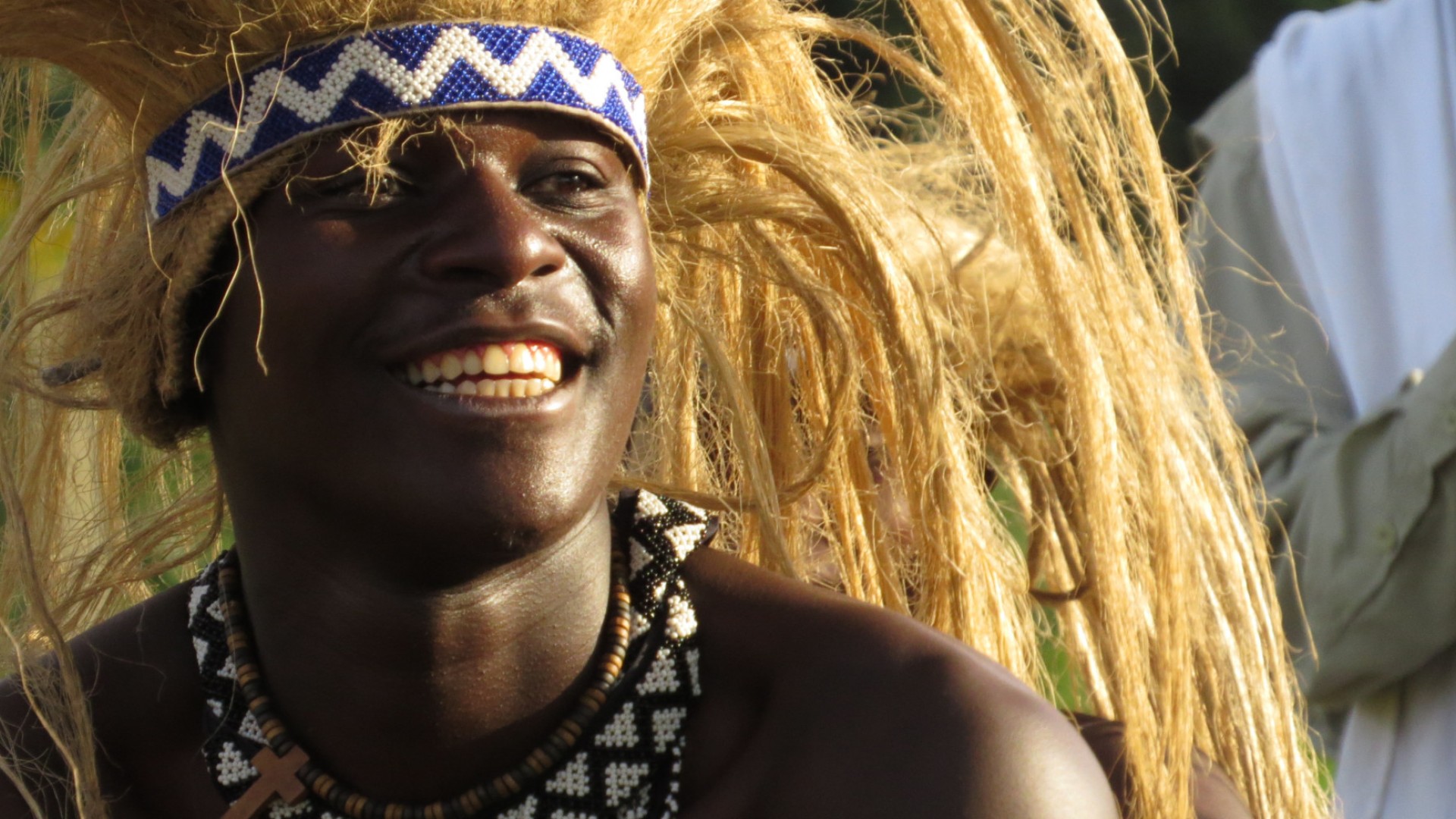 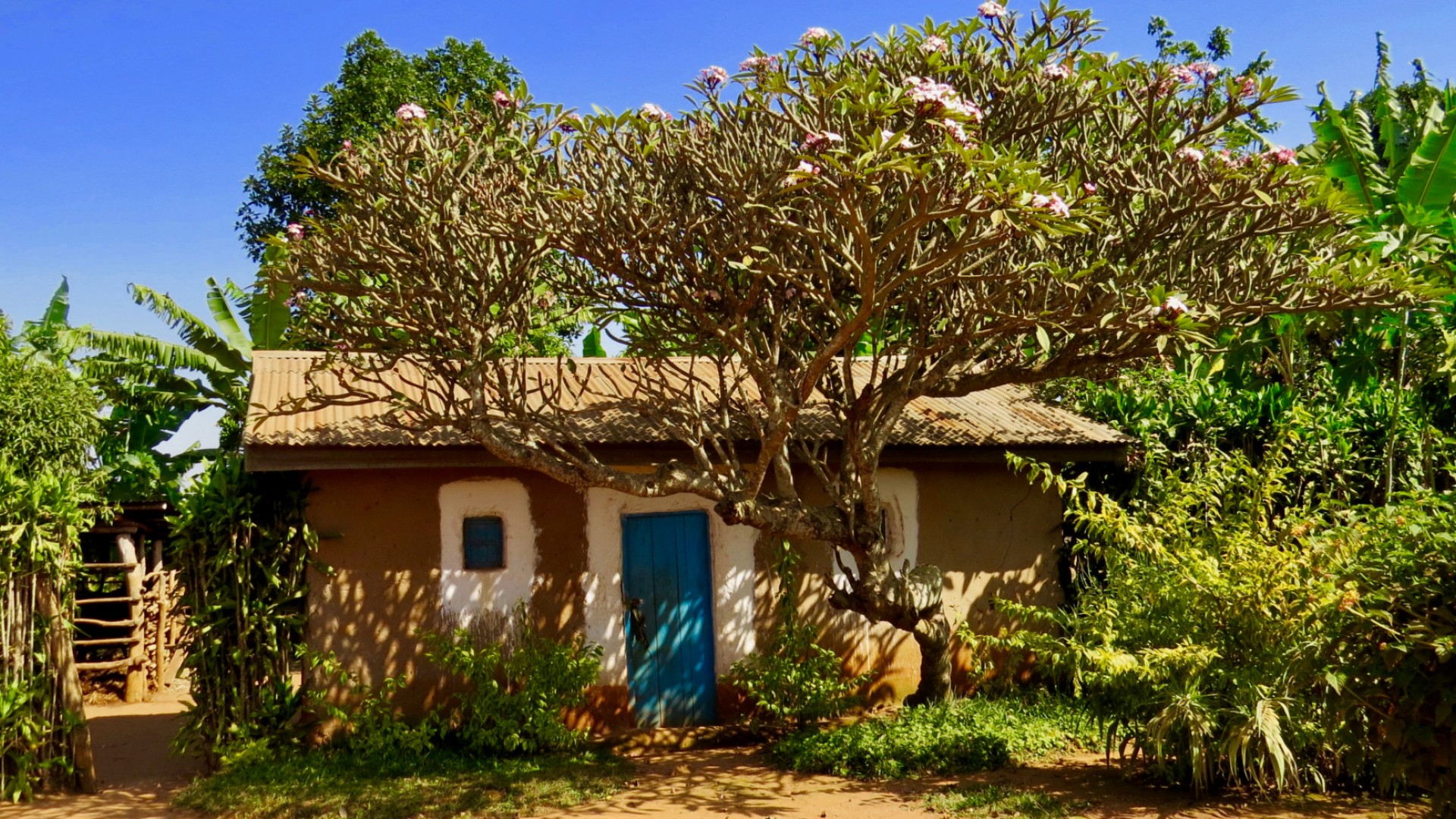 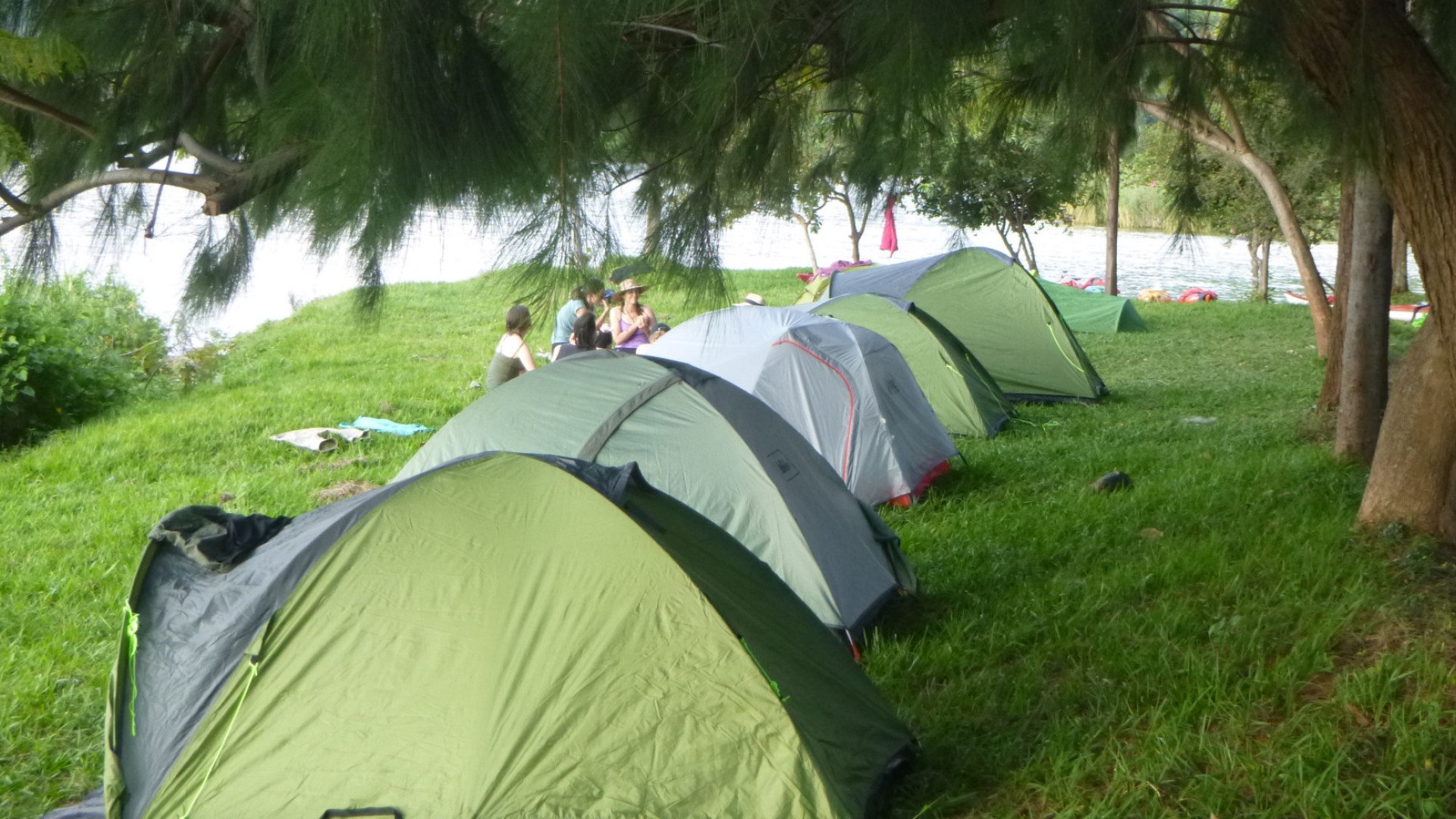 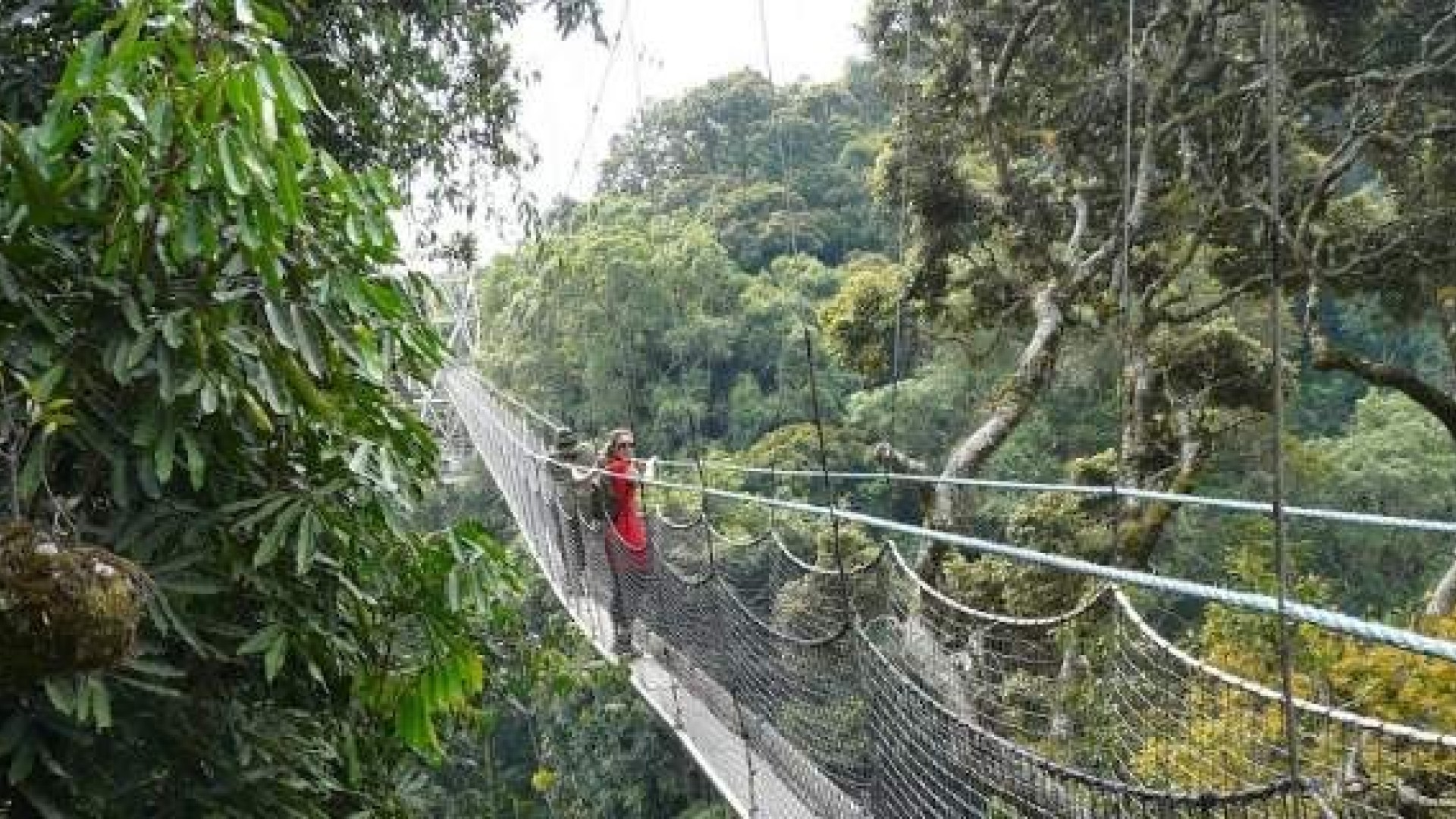 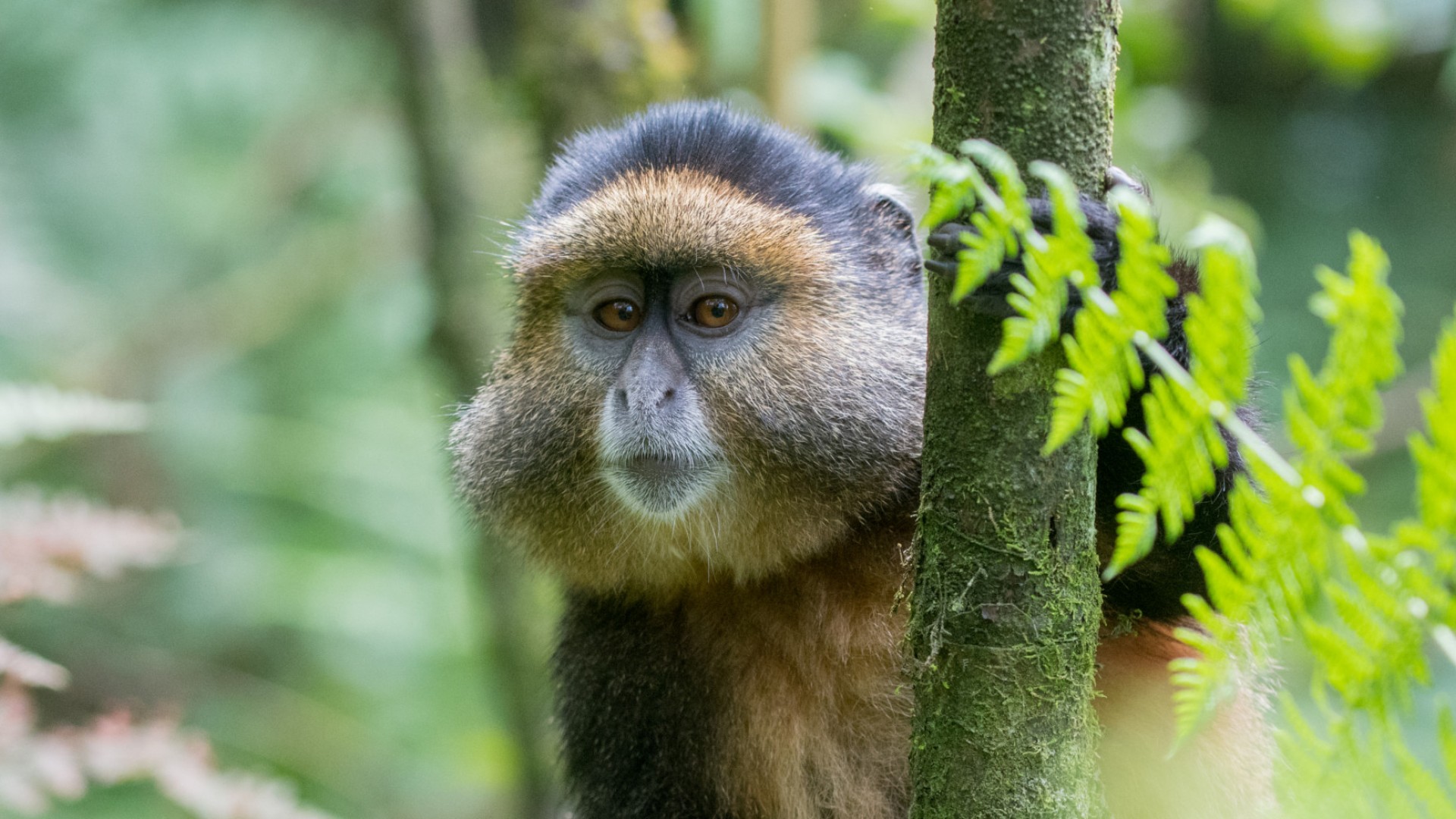 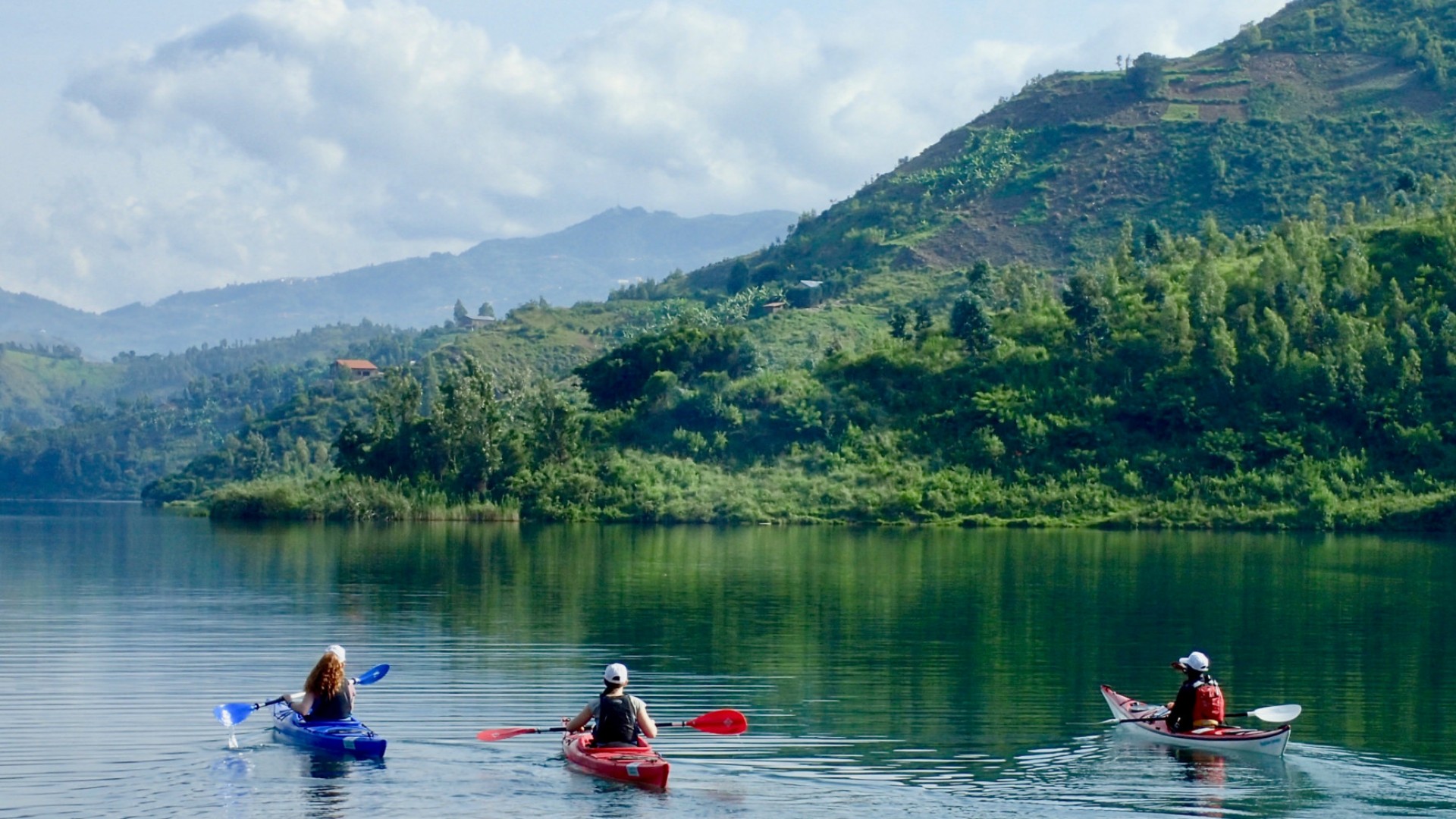 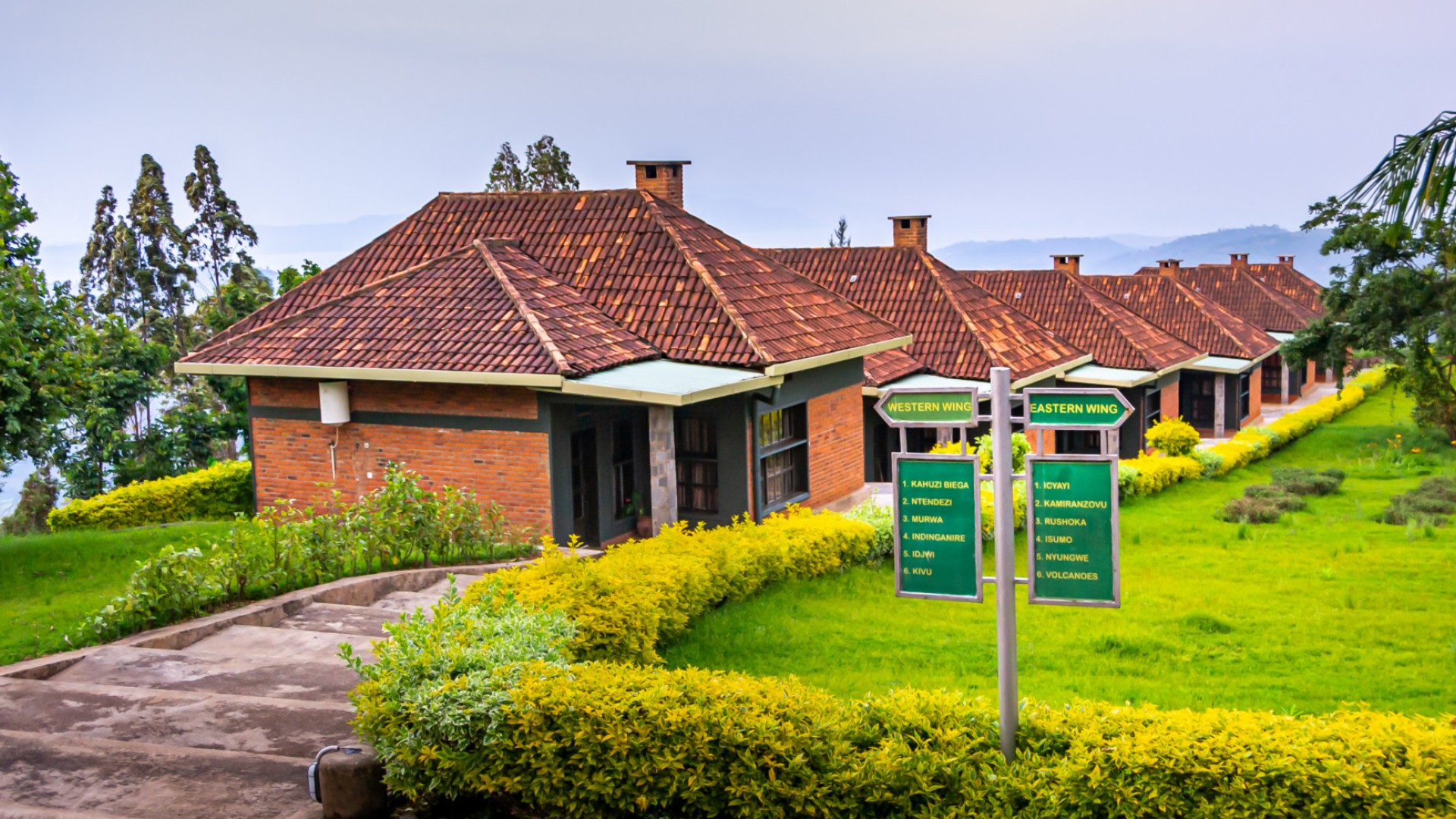 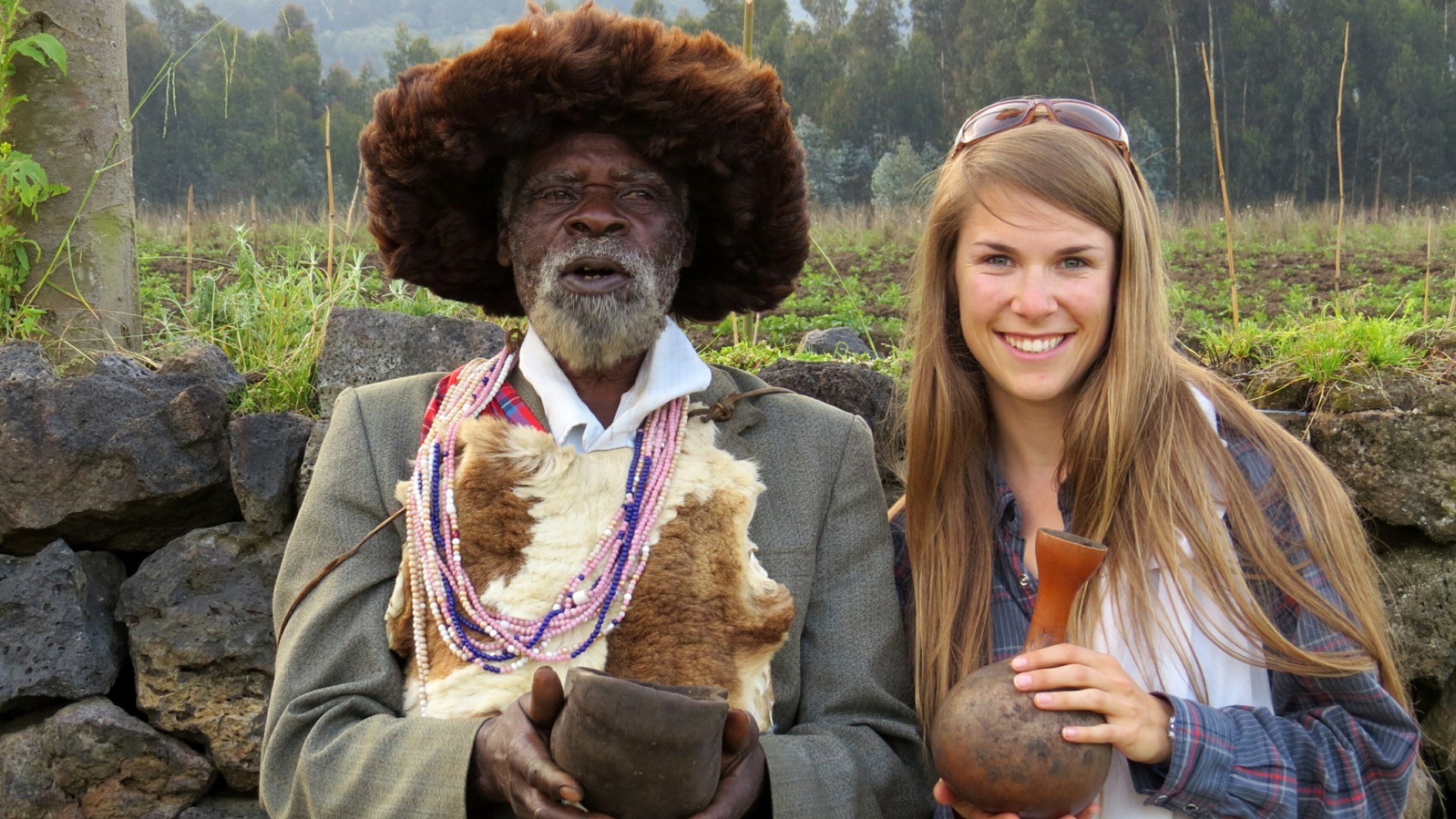 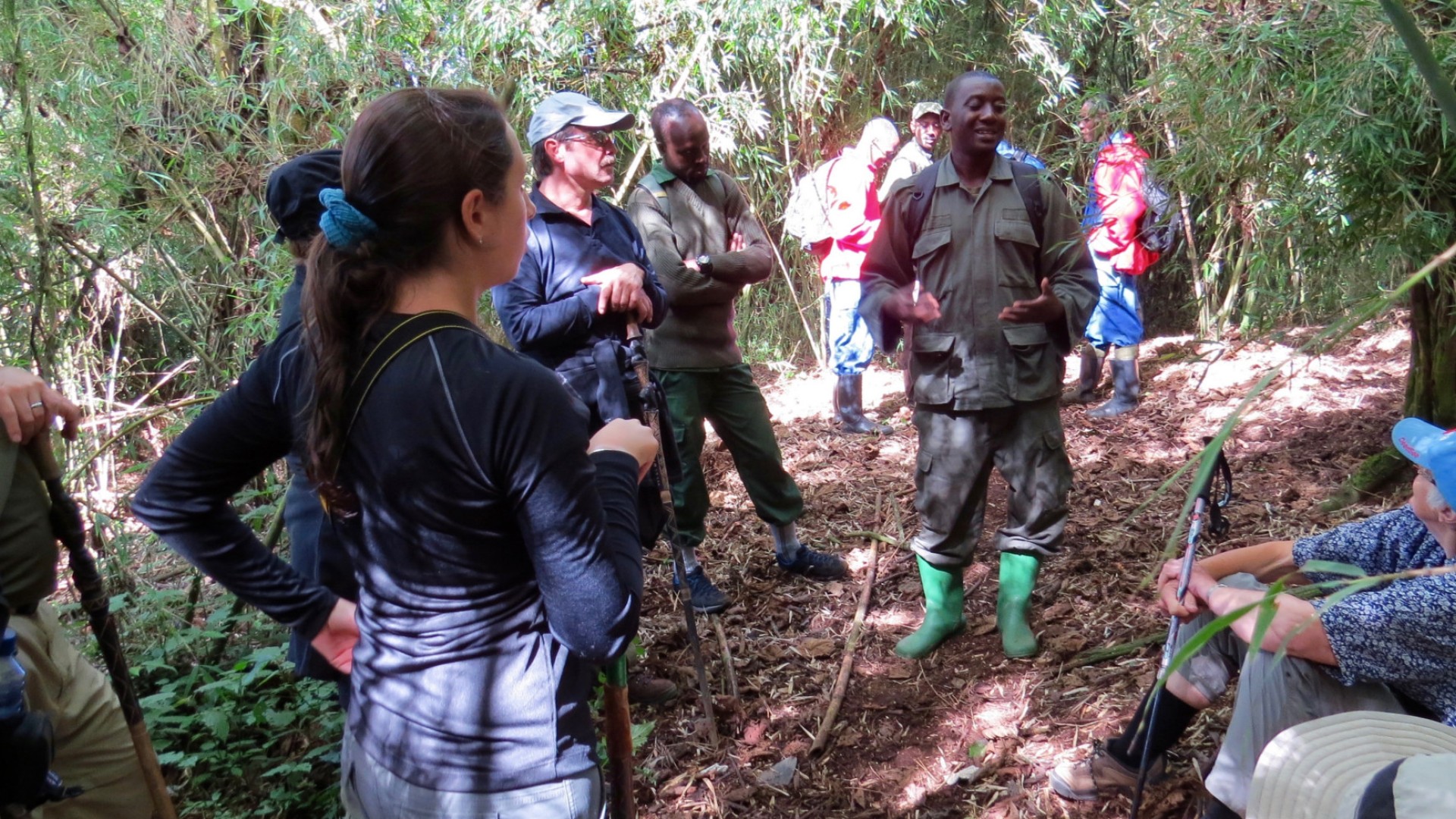 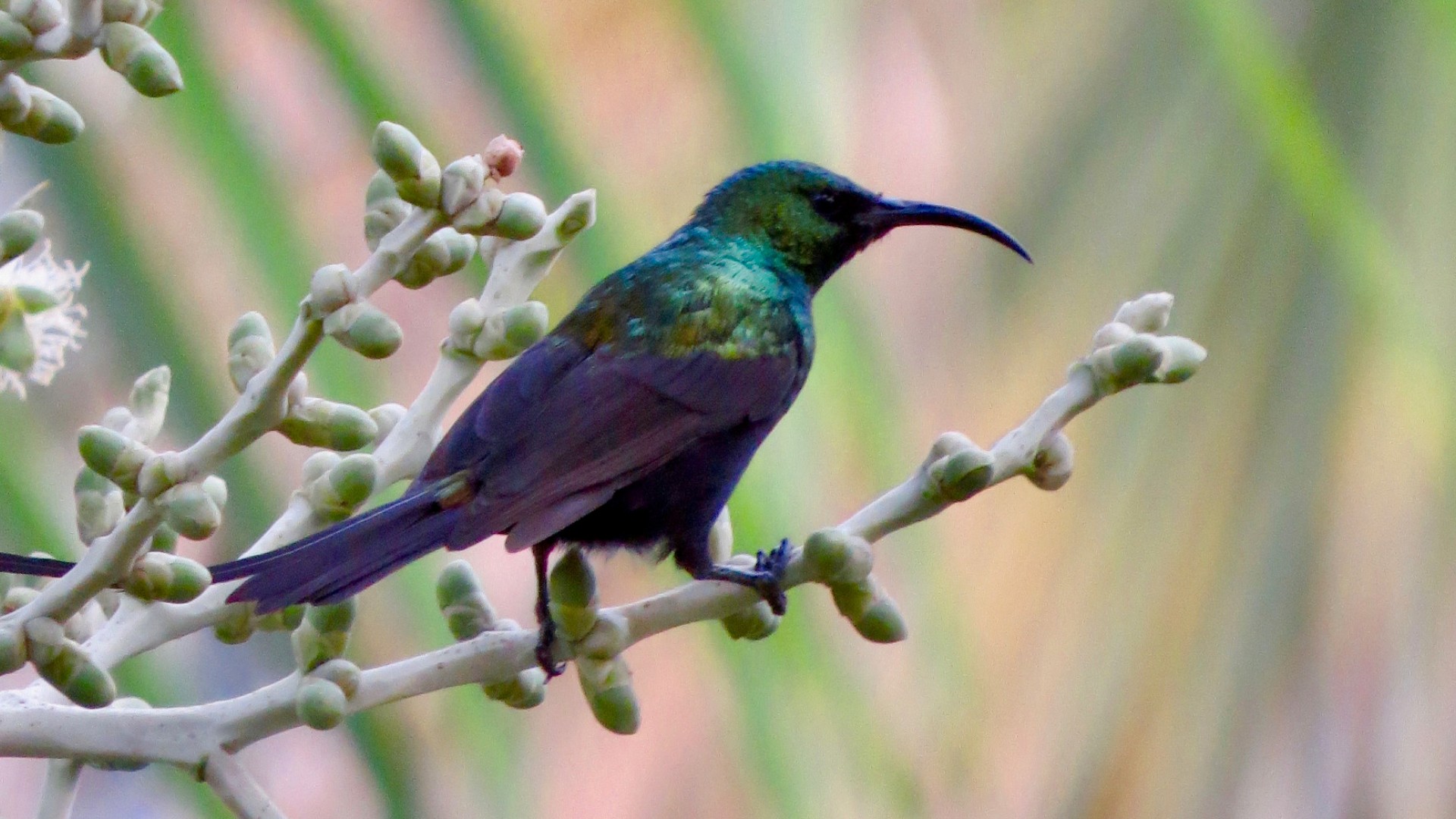 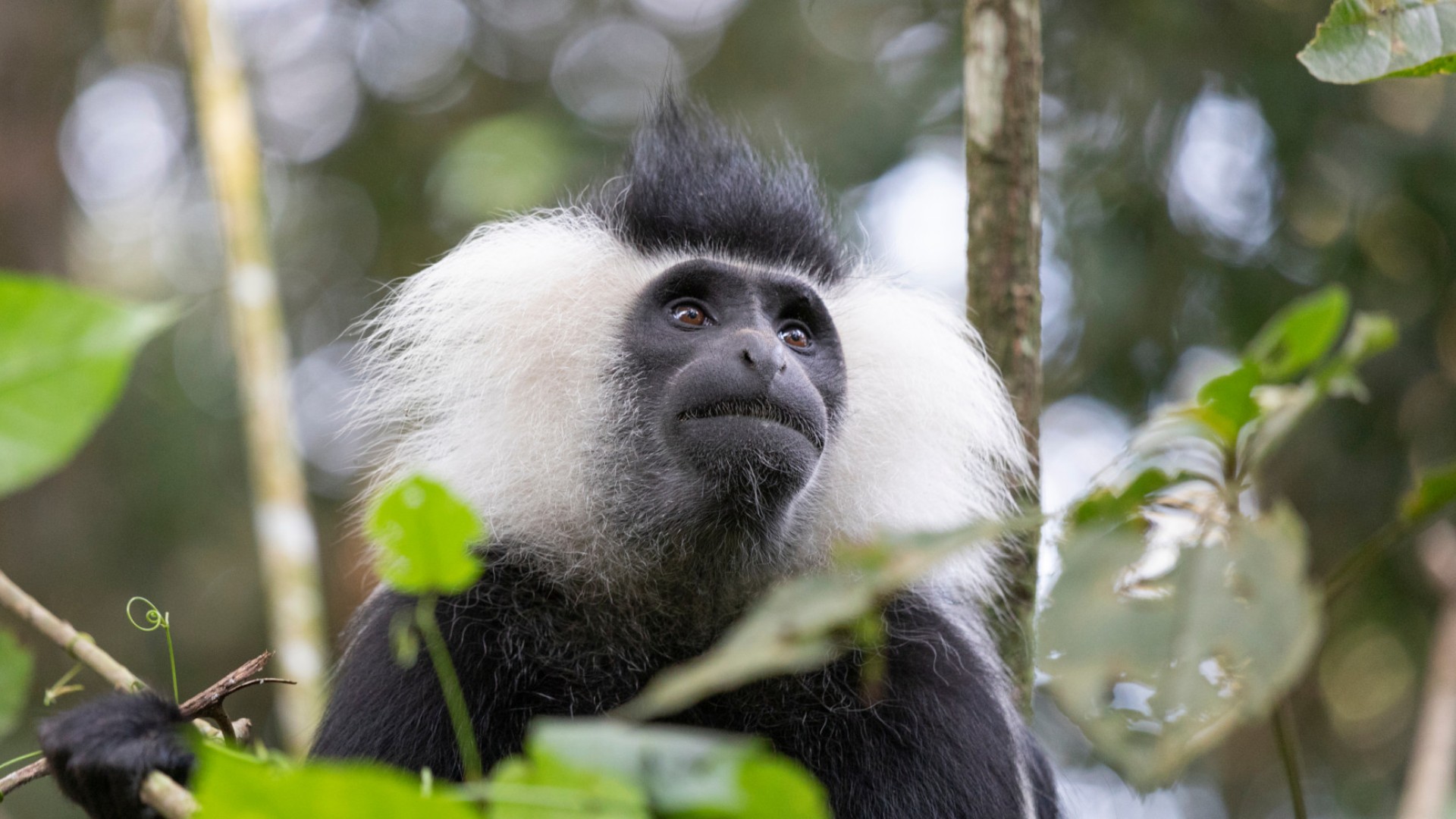 What immunizations are recommended or required?

While there are no mandatory vaccinations required for visiting Rwanda, the Center for Disease Control and Prevention (CDC) advises that travelers are up-to-date with their shots for tetanus, hepatitis A, hepatitis B, diptheria, and typhoid, as well as measles, mumps, and rubella. A yellow fever certificate may be required for travelers coming from certain parts of the Americas and Africa, including Burundi, DR Congo, Ethiopia, Kenya, and Uganda.

Many parts of Rwanda have a risk of malaria, so chat with your physician about suitable anti-malarial drugs before departure. It’s also advisable that you pack long-sleeve shirts and pants to prevent mosquito bites in the evening.

Can I drink the water in Rwanda?

While tap water in Kigali has been deemed safe to drink, it has a strong chlorine smell and most people opt for bottled water instead. Outside of the capital, the water is not safe to drink but bottled water is readily available at corner stores in all towns and villages. If you’re having ice in your drinks, double-check that it’s made from bottled or purified water.

What type of Currency is used? Exchange Rate? Are US dollars accepted?

While the Rwandan franc is the main currency in use throughout the country, US dollars are widely accepted at hotels and lodges, tourist-oriented restaurants, and national parks. That being said, it’s a good idea to carry francs for making everyday purchases. A growing number of businesses are also accepting credit and debit cards, although it’s best to check before booking a room or ordering at a restaurant. Visa is generally more widely accepted than Mastercard.

ATMs are found throughout Kigali and in most of Rwanda’s major towns and cities while cash can be exchanged at banks and currency exchange houses. Banks are generally open from 8:00 to 17:00 Monday to Friday.

What time zone is Rwanda in?

What is the official language of Rwanda?

Kinyarwanda is the national language of Rwanda and is spoken throughout the country while English, French, and Swahili are also official languages. While French has been the language of administration since Belgian rule, the government changed the education system from French to English in 2018 and English is slowly taking over as the second language of choice. It’s generally easy for visitors to get around the country with either French or English, although KiSwahili is more widely understood in most rural areas.

Do I need a visa or passport to travel to Rwanda?

A passport with at least six months of validity is required for entry into Rwanda and you should have at least one free page for entry and exit stamps. Visas are required to enter the country for citizens of most European countries, the United States, Canada, Australia, and New Zealand for stays of up to 30 days and these are issued free of charge on arrival.

Do I need Travel Insurance?

What is the best way to get around once I'm there?

The only domestic flights offered by RwandAir travel between Kigali and Cyangugu, which serves as a gateway to Nyungwe National Park. But with the country’s scenic countryside and efficient public transport system, traveling by road is a pleasurable way to get around. Privately run buses traverse the entire country and there are also well-maintained, modern minibuses traveling all of the major routes. Ferries connect destinations along the shores of Lake Kivu and speedboat charters are also available.

While it’s possible to rent a car from one of the local agencies in Rwanda, the industry isn’t well established and prices are relatively high. More common is to hire a car and driver who can whisk you around Kigali or between the capital and the country’s major tourist sites at fixed rates. Taxis are readily available in Kigali, as are moto-taxis.

When are the best times to visit Rwanda?

For most visitors to Rwanda, the best time to visit is during the dry seasons (from December to early February and June to September) when the conditions are ideal for gorilla trekking. The trails are much easier to negotiate and there’s far less risk of contracting malaria. That being said, you can trek to see the gorillas outside of these seasons, provided you’re willing to deal with muddy trails. For many visitors, being able to secure one of the in-demand gorilla trekking permits determines when they visit.

If you’re visiting Rwanda to see the chimpanzees in Ngungwe, then the rainy seasons from mid-February to early June and mid-September to mid-December are best. Food is easier to find during these periods so the primates don’t venture as deep into the forest (making them more difficult to spot).

What kind of adapters will I need for my electronics?

Throughout Rwanda, electricity is supplied at 230 volts and two different plug types are used - Types C and J. Type C has two round pins while Type J has three in a triangular pattern.

How much should I tip in Rwanda?

Tipping is not compulsory in Rwanda but it is generally appreciated for great service. While it’s at your discretion, roughly $5-10 USD per person per day is recommended for a private guide while you might tip rangers and trackers $2-5 per day. For hotel or lodge staff, $5 USD per person per day is usually sufficient, with most accommodations having a box where you can leave tips to be divided between staff members.

Are there cultural sensitivities I should be aware of?

Rwanda is home to three main ethnic groups - the Tutsi, the Hutu, and the Twa - each of which holds distinct cultural roles. The Tutsi are associated with raising cattle, the Hutu with farming the land, and the Twa have traditionally been forest dwellers. While the 1990s genocide and its cultural conflicts have had a lingering impact on the country, the Rwanda of today is a united one. It’s considered inappropriate to talk about the genocide in a divisive way, with the consequences being financial penalties and even imprisonment.

Plastic bags have been banned by law in Rwanda since 2008 and plastic bags in your luggage will be confiscated at the airport or land borders. As a result, the country boasts some of the cleanest streets in Africa!

Most people in Rwanda will greet one another by shaking hands, although they may just wave and say “hello” if they don’t know you well. Rwandans aren’t overly concerned with being punctual and it’s not considered rude to be a little late. When gesturing for someone to come, people turn their palm downwards and make a scratching motion with their fingers as pointing at others is considered inappropriate.

What is the food like? Any special dishes or local delicacies I should try?

Rwandan cuisine is based on local staples such as plantains, pulses, sweet potatoes, and cassava, with some Belgian influences (such as very good fries!) In Kigali, you’ll find restaurants representing cuisines from around the globe while in the rural areas, you’re more likely to be limited to national dishes. Servings tend to be large and buffet-style restaurants are common.

Rwanda is not a big meat-eating country, with many of the local dishes centered around vegetables and starches. Ugali is a porridge-like paste that’s found throughout East Africa while isombe is made from mashed cassava leaves. Other vegetarian favorites include matoke (plantains that have been either baked or steamed) and ibihaza - a dish of pumpkins and beans.

When it comes to meat, you’ll find stews and kebabs (often made from goat), as well as grilled or fried tilapia sourced from Lake Kivu. Chapatti flatbread or boiled potatoes often accompany meat-based meals, as do rice and fries.

Fresh fruits such as bananas, avocados, paw-paws, mangoes, and oranges are readily available in markets and make for an ideal dessert. The most widely drunk beverage in Rwanda is tea (sometimes referred to as chai), which is a milky, sweet concoction, although you can ask for your tea “black” if you wish. While Rwanda is known for exporting high-quality coffee beans, little stays within the country itself. You can find (very expensive) wines from South Africa and France, although the most popular alcoholic drink is undoubtedly beer.

Are there any luggage restrictions for charter safari flights?

If you’re traveling to or from Rwanda’s national parks onboard a charter flight, you may be restricted in the luggage you can bring. Most safari carriers will only accept bags that are less than 20kg in weight and are soft-sided as hard suitcases are more difficult to fit into the limited baggage compartments.