Adventure Unbound is a part of the ROW Family of Companies, founded by Betsy Bowen and Peter Grubb. For more than four decades, they have dedicated their souls, hearts, and lives to creating and sharing life-changing adventure travel experiences with others.

It all started in 1979, when ROW’s roots were planted lovingly on the banks of river canyons in the American West as a company specialized in wilderness river rafting trips.  Over the years, these roots took hold and flourished, nourishing our heartfelt mission of “Sharing Nature – Enriching Lives.”

As time passed, we branched out beyond rafting to create other adventures, each with a specific focus and purpose, driven by our core values and hopes to make the world a better place.  We launched our first international trips in 1984 and over time, expanded our culturally immersive, life-enriching journeys to include other activities such as walking, sea kayaking, cycling, wildlife watching and more.  On our trips, we witnessed the transformative power of travel and how it can shape people and their world. This inspired us to graft a new branch, Adventure Unbound, our home for active travel journeys of learning and growth, designed to connect in meaningful ways with the people and cultures of the destinations we visit.  We are ‘Unbound’ because, together with you, we travel with unfettered hearts filled with love, open minds eager to learn, and arms wide, ready to embrace people and places around the world.

We invite you to share this world with us and to awaken your sense of wonder and appreciation.  With your help, we will continue to build community within and across borders, to spread smiles and hope wherever we go, and be a positive force for good.

DEEP ROOTS IN TRAVEL AND LEARNING

The inspiration for Adventure Unbound can be traced back to a childhood where travel, learning and love of nature were valued above all else.  Peter first became a guide fresh out of his sophomore year at St. John’s College in Annapolis, Maryland, when he spent the summer of 1978 leading 111 one-day trips on the New and Gauley rivers in West Virginia.

Peter fell in love with rivers and dreamed of sharing them with people on longer trips that would allow time to develop more meaningful relationships and create deeper connections between people and the wonder of wilderness river canyons.

This dream led him to Idaho, where there are more wilderness whitewater rivers than any other state in the United States.  Peter was hired by a company named ARTA, who invited him on a guide training trip on the Colorado river through the Grand Canyon. Work also took Peter to several Californian rivers including the Tuolumne, Stanislaus, and American. By mid-June of 1979, he was back in Idaho and guiding six-day trips on the Middle Fork and the Main Salmon river. These exciting, sun and water-drenched days were full of an education only the river can provide.

Each mile Peter floated deepened his passion for rivers, and evoked the question, which he asked many of the guests that summer, “should I start my own adventure travel company centered around wilderness rafting trips?” The unfailing feedback he received: “Why not? You’re young and have nothing to lose.” 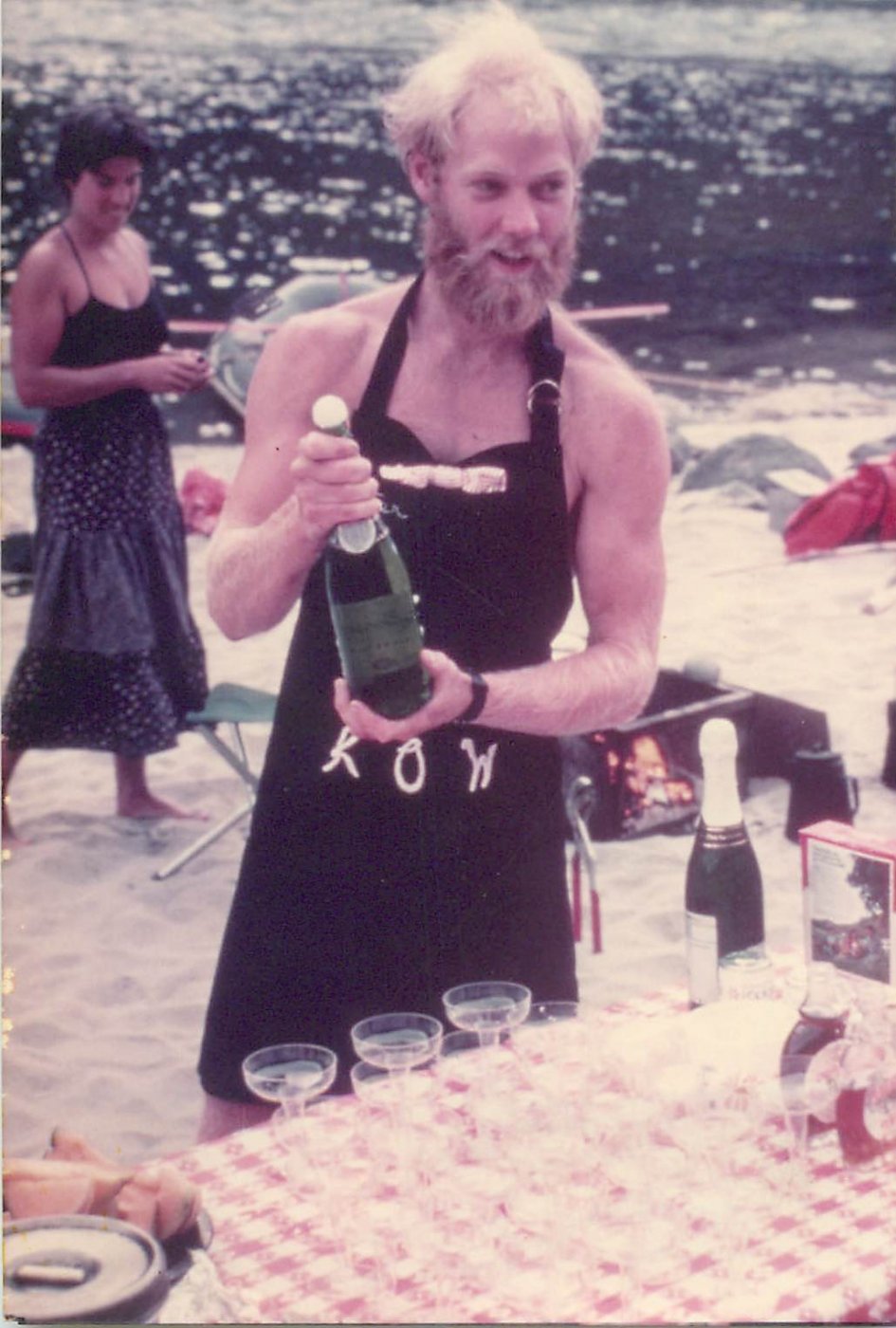 By autumn 1979, Peter had about made up his mind to start up an active travel company. He headed out on a backpacking trip in the Sierra Nevada Mountains to reflect on the decision among the best listeners: trees, rivers, and wildlife. He returned convinced that this was his path, and by November, Peter and his brother, David, founded ROW, an acronym for River Odysseys West.

After training on the Rogue River, Peter received his Oregon Outfitter’s license.  Starting off lean, the brothers used their small startup loan to buy a used school bus, a couple used rafts, and invest in some marketing. That winter, Peter worked as a waiter to get by and saw their company hit the papers in a San Francisco Chronicle article introducing their “Grubb-stake.” As Peter tells it, they set out with little sense of business, a poorly defined business plan, but a drive to make it all succeed.

Throughout the first year, Peter and David relied on “guerilla marketing” to campaign for their new adventure travel company. In the first season, ROW took groups on three rafting trips down eastern Oregon’s Lower Owyhee and Grande Ronde rivers. Peter also spent time guiding for other companies, learning what he could and surveying other possible river trips in Idaho. To build the company and get the word out, every January to March for four years, Peter traveled the west coast of the United States, presenting to service clubs such as Rotary and Kiwanis, Sierra Club chapters, natural history museums, and people’s homes. It was an itinerant lifestyle driven by a dream.

Business grew substantially between 1981-1986. In ROW’s second year, over 50 guests joined trips on the Owyhee and Grande Ronde rivers. Peter’s eye never strayed from Idaho, though he took time to explore Alaska’s rivers too. He spent part of the summer of 1981 paddling Alaska’s Chandalar, John, Talkeetna, and Kobuk rivers.

Peter returned from the Alaskan hinterlands to find that ROW’s application for an Idaho outfitting license had been granted.  This was a critical turning point, opening the door to run trips on the Salmon River, Upper Owyhee, and several other rivers in Idaho.  He also met Betsy, his wife-to-be, during the fall of 1981 when she applied to be a guide for the upcoming season. Since Betsy first picked up a guide paddle, she’s been vital to the heart and success of our company (and Peter). 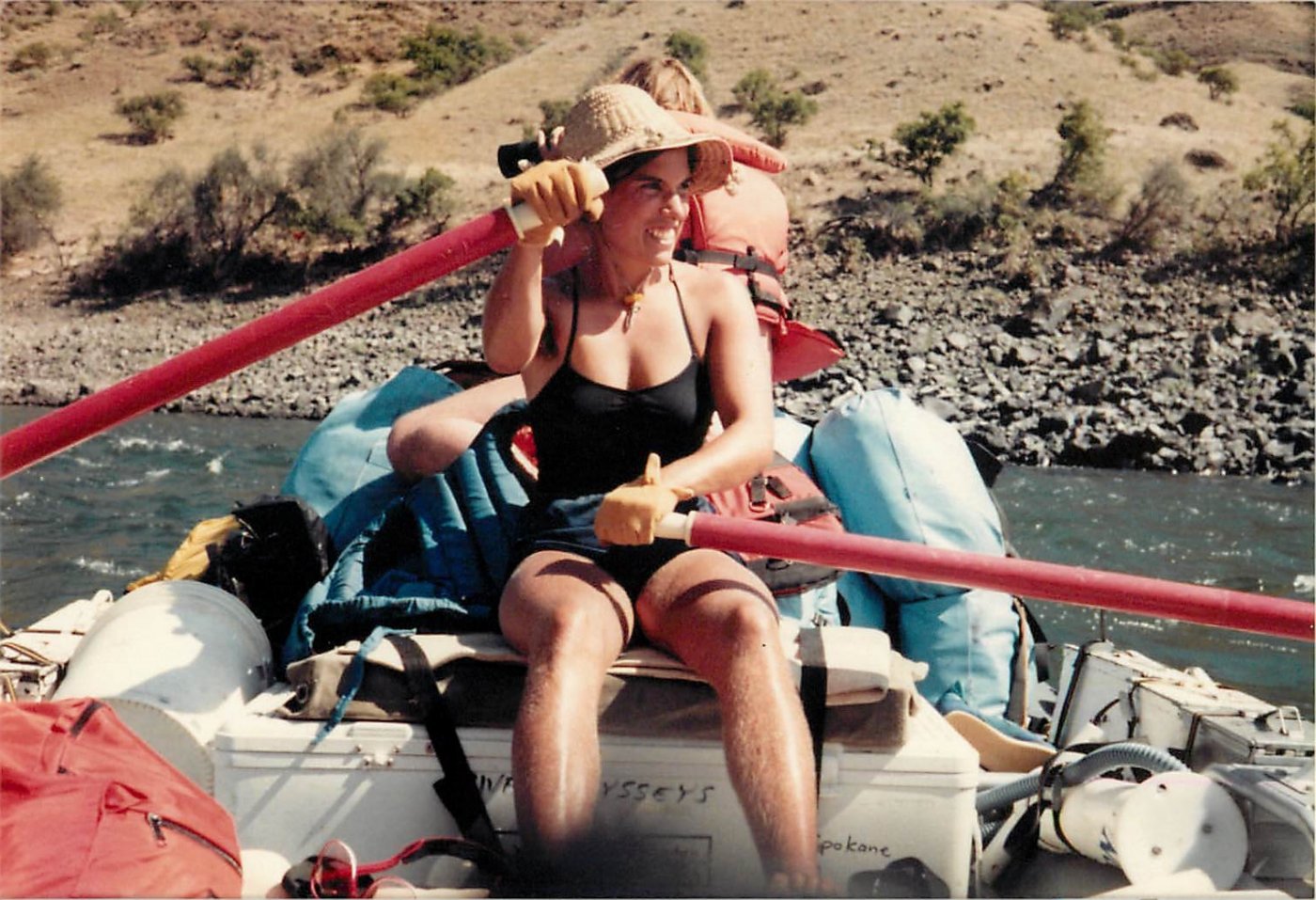 THE BEGINNINGS OF ADVENTURE UNBOUND

Love tends to change everything, and that proved true with ROW’s trajectory to its Adventure Unbound future.  ROW’s first foray into orchestrating international tours began in 1984, on Peter and Betsy’s honeymoon. Eight guests joined them on a yacht tour along the coasts of Turkey and Greece, exploring ancient ruins, feasting on Turkish cuisine and swimming in turquoise waters.  Betsy and Peter stayed on another month exploring Cyprus and Turkey. They returned from this trip so galvanized with global wanderlust that they repeated the pattern every year for the next eight years: skipping over to the Mediterranean to lead tours after summer rafting had ended, and then continuing on to visit new destinations. Thus began our international tour division and a new meaning for ROW: Remote Odysseys Worldwide.

Our yachting trips in Turkey and Greece soon took off and became such a success that we added yachting tours in Croatia (then Yugoslavia) in 1988. By the 1990s, ROW began to expand to other international destinations with activities including sea kayaking, hiking, cycling, multisport, small-boat cruises and more.

In 1992 we made the first descent of the Rio Upano in Ecuador’s Amazon river basin and operated trips there for a decade. We added barging trips in France in 1993, tours to the Galapagos in 1994, and gradually grew our collection of international travel options. In 2005 we pioneered land-based sea kayak tours in the Galapagos Islands.  In 2011 we acquired Sea Kayak Adventures and have nurtured it to become the world’s leading sea kayak and whale watching company.  In 2015 we led our first active tours to Cuba and have become a leading adventure company there. Each year we add new destinations and trips, always striving to find the most meaningful experiences for our guests. 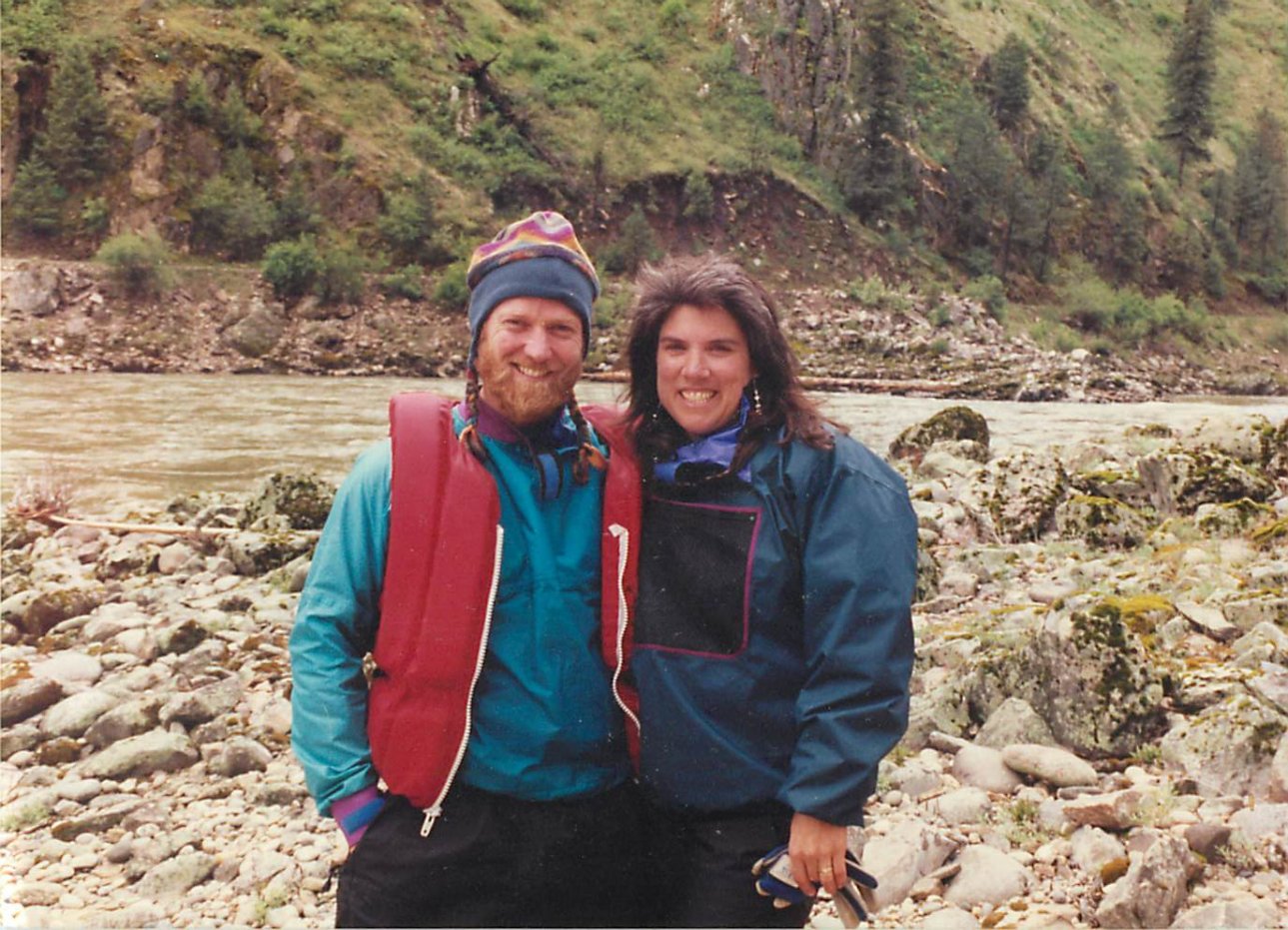 It’s fair to say we’ve learned a lot since 1979.  The world has changed and we too continue to evolve.  We are always on the lookout for new destinations and ways to travel.  We look for places where we can use our knowledge and expertise to work with community members to develop mutually beneficial travel experiences, and in some cases, also create advocacy for endangered places. We continue to be inspired by the community of the world, the earth’s wild corners and our role in facilitating connection between them.
We invite you to awaken your passion and join us in embracing the world and connecting with our sisters and brothers that share our planet.  Take some time to browse our wide selection of active travel options.  We hope you will decide to share a campfire, a story, and an adventure with us. 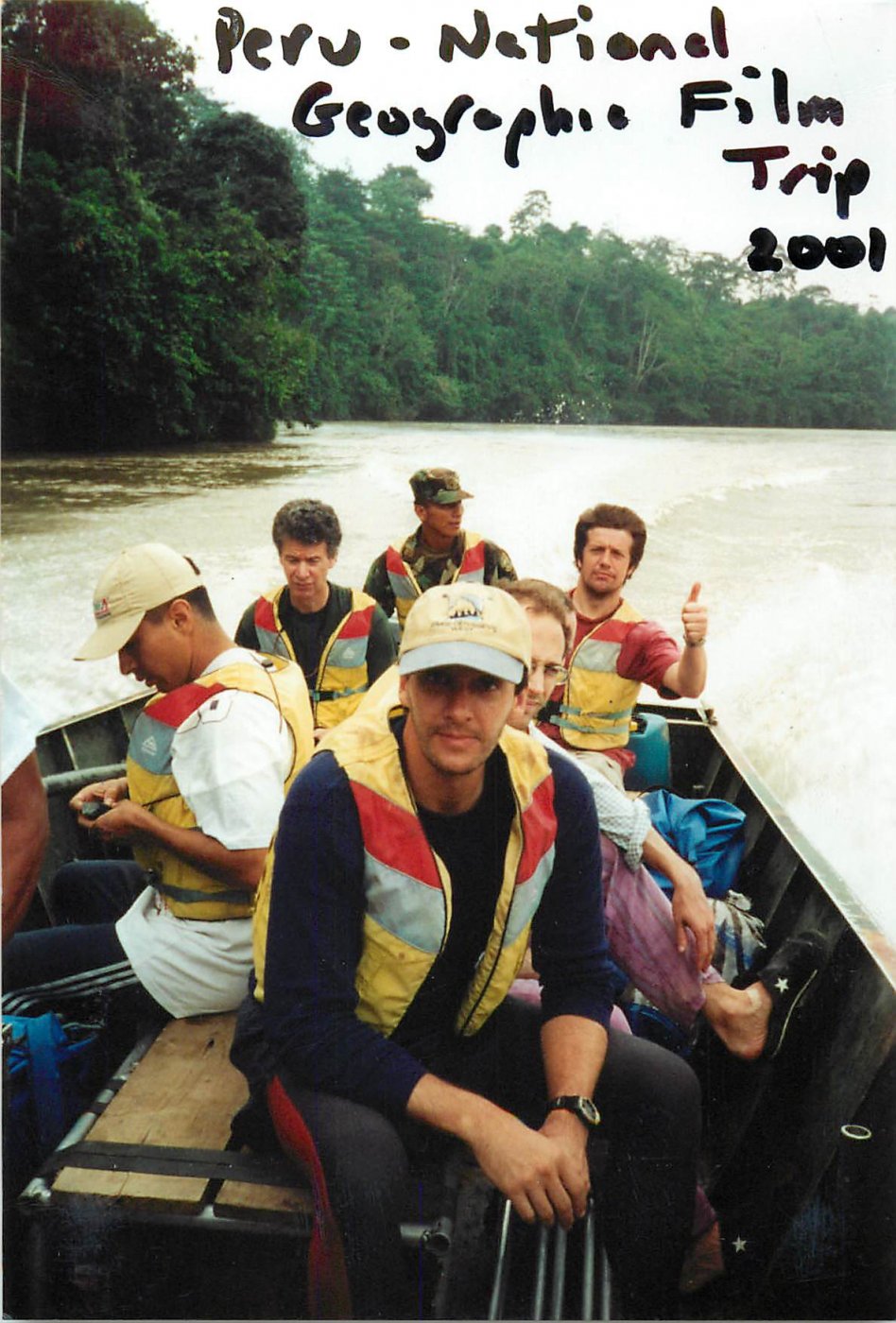 GO FORTH! AND EXPLORE

Peter and Betsy, along with their children, continue to invest their time, passion, and knowledge in Adventure Unbound. Since the company’s founding, its mission of “Sharing Nature—Enriching Lives” has served as a framework for creating life-changing, meaningful adventures that both share nature and keep it beautiful.